Africa & the promise of AI

Africa may need a Hari Seldon.

Isaac Asimov’s science fiction classic Foundation series introduced the character of Hari Seldon, the developer of “psychohistory,” an algorithmic sociology he uses to predict the Galactic Empire’s future, using what we would now call big data. 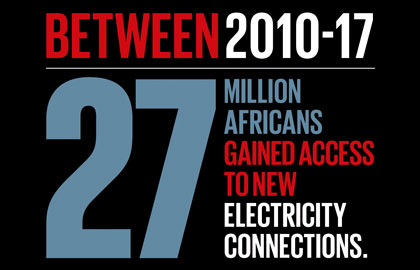 Africa’s data needs examining. Its much-hyped population explosion is a looming threat. By about 2050, at current trends, almost one in three humans will be African. This may not present the same catastrophic climate implications posed by China and India. But over the next 20 to 70 years the continent will be unignorably significant.

There is reason to be hopeful. Economic and social development is increasing, if not exponentially then at least by leaps.

Between 2010-17, 27 million Africans gained access to new electricity connections, with that many again expected in just the two years from 2018 to 2020. Even more are benefiting from improved access to transport and financial services. With such structural changes, the population boom could return a so-called demographic dividend: economic benefits as the pool of workers increases and the proportion of dependents declines. Greater consumption, production and investment could drive growth upward and increase per capita income fourfold.

But the inverse risk is immense. According to the IMF, Africa will need to create 18-20 million more jobs a year for the next quarter century to keep up with its growing population.

Africa’s embrace of technology sets it apart from other continents, with an explosion in early adoption in many sectors, including the world’s biggest 3-D printer at the Centre for Scientific and Industrial Research in South Africa. But the overall effect on employment is difficult to predict.

The Fourth Industrial Revolution could bring increased productivity in agricultural and services sectors. Challenges include poor levels of the STEM skills necessary for the digital economy and the risks that robotics poses in traditional manufacturing.

Stanford Social Innovation Review argues that AI has the potential to bring myriad positive changes in sectors such as healthcare and finance, bridging the gap between physical infrastructure inadequacies and consumer demands, while freeing up more time for skilled labor and increased labor productivity. These types of “intelligent machinery and processes present a rare opportunity for economic transformation,” SSIR writes.

Of course, the problem is we have absolutely no idea what is actually going to happen. This isn’t Asimov’s fictional Foundation. Blending big data with sociology cannot yet eliminate the futility of such a prediction.

Governments, NGOs and business interests in Africa might do well instead to recall a quote from another Foundation series character: “To succeed, planning alone is insufficient. One must improvise as well"

Itumeleng Mahabane is a Partner in Brunswick's Johannesburg office.

It’s easy to equate social media with frivolity, selfies, and viral videos. But for executives, social media is about “we,” not “me.”