In defence of multilateralism

Since the 1947 creation of the General Agreement on Tariffs and Trade (GATT), which in 1994 morphed into the World Trade Organization, the number of member countries has grown to exceed 160. This illustrates that the human race’s preferred option for building international trading rules is the multilateral track. That should remain the case. The multilateral track is fairer given that it encompasses a wide diversity of strong and weak, big and small economies. 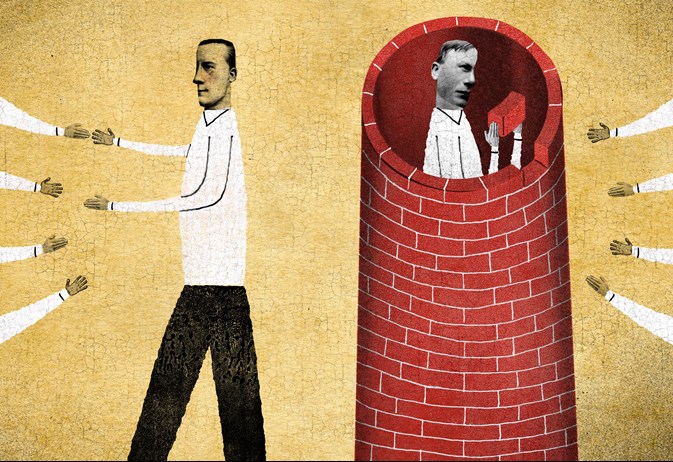 It is more efficient as it provides a stable and predictable environment to a maximum number of operators. Under its WTO version, it is more resilient because it is organized to deliver what is expected from a regulatory system: negotiate the rules, monitor their implementation and settle disputes when they arise.

Now, for the first time in 60 years, this overall consensus in favor of trade multilateralism is under attack. Donald Trump, who was elected US president on a protectionist platform, has argued that the WTO system does not work for US interests, and that the US would be better served by bilateral deals, in particular with China. His evidence for this argument is the deficit in the US trade balance. Under President Trump, Washington has launched a series of protectionist initiatives and, in a disconcerting move, he refused to sign the statement from the June G7 meeting in Canada.

Of course, there is a coherence behind these reality-TV-style methods that he has applied to international politics. His objective is to win the mid-term elections next November, which are crucial for him. Without a doubt, he must therefore maintain his popularity amongst the 35 percent-plus of Americans who support him.

He is not alone. Elsewhere in the world, political forces are also pushing an anti-globalization, my-community-first backlash.

To some extent, this is not surprising. I have always advocated for harnessed globalization; I have never talked about happy globalization. Globalization is efficient because it is painful – more for the weak than the strong. It is up to social policies to address the consequences.

In the European Union, 45 percent of what is produced is redistributed. In the United States and Great Britain, social protection is much lower. This partly explains the victory of President Trump and Brexit. The risks of de-globalization will keep increasing if domestic welfare systems do not modernize, allowing political pressures to keep growing.

Will these pressures toward economic nationalism result in a de-globalization that would impact the global business model of multinationals? My overall answer is a qualified “no.”

The interpenetration of technologies and production systems is so substantial that the cost of de-globalization would now be very high. As for the EU, it should continue, along with a vast majority of WTO members, to defend a multilateral, more open, rules-based trading system. Multilateralism and open trade is where EU values and EU interests intersect.

It is possible that the integration of the major world economies will slow down, but I do not see it going backward. In any case, the rest of the world may be getting organized to bypass President Trump. To everyone’s surprise, Japan took up the torch of the Trans-Pacific Free Trade Treaty after the United States withdrew. The Paris climate agreement continues its life without the US, but with California. And the American Congress has not said its last word.

The first article of the US Constitution states that the responsibility for trade treaties lies with Congress. The United States is shooting itself in the foot by raising aluminum and steel tariffs and penalizing activities that it uses substantially, like the automobile and construction industries. As for the idea that the trade deficit would weaken the US, it is as if the privilege of the dollar did not exist. But the US economy is doing well, and the effects of protectionism are being felt only slowly.

Even so, it is crucial to note that the US stance, excessive and erratic as it may be, is not 100 percent unfounded. The WTO system has not been significantly changed in the last 25 years. It suffers from serious flaws:

• Some of the rules of trade remain unbalanced against developing countries, mostly in the area of agriculture. OECD countries pay as much as the rest of the world to support their farmers.

• On the other side, some principles have to be readjusted in order to factor in the new strength of emerging countries. Of particular need for adjustment is the “special and differential treatment” principle, according to which all developing countries benefit from flexibilities which are not available to developed countries.

• Some of the WTO disciplines remain too weak to properly level the playing field in an international economy that has globalized rapidly in recent decades, subsidies being a case in point.

• The relative importance of obstacles to trade is changing because of factors such as e-commerce and non-tariff measures. Hence there is a necessity to adapt.

• The negotiating process has become excruciatingly complex as the WTO membership has expanded to more than 160 countries.

To address these various weaknesses and to consolidate the multilateral system, the EU should launch, together with China, a major initiative to update the multilateral rules book and modernize the organization. The main objective should be to unlock the negotiating process, which can only happen on the basis of a multipurpose proposal so that all members could see their advantage in negotiating a new, broad-ranging package. Such a package should include a thorough review of the basic principle that has underpinned the WTO: the reciprocity between developed countries and “special and differential treatment” in favor of poorer countries.

Whereas this principle made sense a few decades ago, the emergence of major developing countries, starting with China, has created a new “in between” class, which needs to be recognized and organized. Unless it is done, the negotiating process will remain clogged by a US-China impasse, as long as China remains a rich country with many poor in the eyes of the US, and a poor country with many rich in the eyes of China.

The way to resolve this contradiction would be to agree on a new graduation principle according to which the asymmetry in market access between rich and poor countries would be progressively reduced as the GNP-per-head difference between them narrows. Such systems already exist elsewhere in the international arena, such as the United Nations and the World Bank.

Mounting trade tensions following the Brexit vote and the election of US President Donald Trump have intensified demand for the thoughts of Pascal Lamy, former Director-General of the World Trade Organization from 2005 until 2013 and EU Commissioner for Trade 1999 to 2004. Now a Principal at Brunswick Geopolitical, Mr. Lamy has argued in the media for the importance of multilateral trade while also calling for WTO reform. This essay is derived from a speech in June at the WTO and an interview he gave this spring to Le Monde. These notes are his personal views.

What Biden Could Say

A former Chief Speechwriter for President Clinton says Tuesday’s State of the Union is an essential platform for asserting leadership on Ukraine and on matters back home.