Kyle Pope of the Columbia Journalism Review compares the “death spiral” of local newspapers to a public health crisis.

In early 2018, a sports physician named Larry Nassar was sentenced for up to 175 years for sexually molesting minors. Reports of his crimes against Olympic and Michigan State University athletes led to the resignation of the entire USA Gymnastics board and the MSU president. 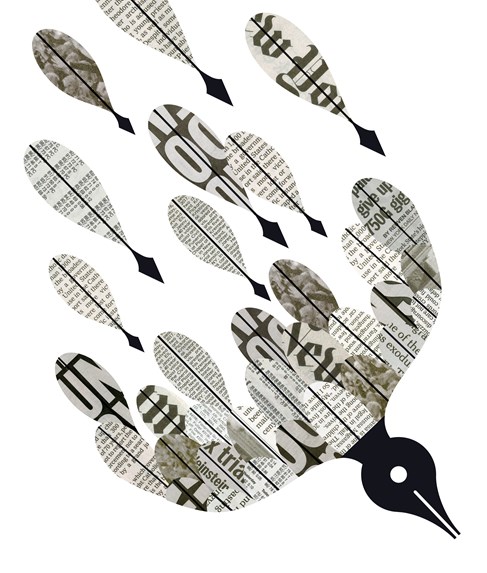 Kyle Pope, editor and publisher of the nonprofit Columbia Journalism Review, loves pointing out that the uncovering of Mr. Nassar’s decades-long series of crimes began with a story in the Indianapolis Star. A veteran journalist whose résumé includes a long stint at The Wall Street Journal, Mr. Pope believes that touting the public benefits of local newspapers is the surest way to steer them out of “a death spiral.”

“It’s hard to build a business around people having compassion for journalists losing their jobs,” he says. “Jobs are being lost in lots of professions. We have to move the discussion away from us and toward the effects on democracy if local news goes away.

“Two recent reports illustrate that value. One shows that the spread of viruses is much faster in communities without a local news infrastructure. With no reporting, you don’t know it’s out there, and you may not know to go see the pediatrician if your kid gets sick. The other study found that if there’s not an active newspaper looking over the city manager’s shoulder, public financing winds up costing more. You may not care about journalism, but you probably care that your kid doesn’t get a smart screen in their school because the city manager is siphoning money. You probably care if you’re buying a house on a lake that is contaminated from a plant upstream that a local newspaper has found out by testing the water.”

The number of daily newspapers in the US has fallen below 1,300 from nearly 1,800 in 1970. The survivors are shrinking in size and subscriber numbers. The New York Times, The Washington Post and The Wall Street Journal replaced some revenue from disappearing print ads with digital subscriptions. That’s proven to be a tougher transition for local papers, partly because they were slower to develop first-class digital versions, and also because a multiplicity of municipalities and school districts in any one metropolitan area makes it difficult for a local paper to be consistently relevant to all readers.

Speaking to Brunswick the day after the New York Daily News announced the layoff of half its newsroom, Mr. Pope said, “I don’t think we’ve hit bottom. This is the journalistic equivalent of a public health crisis that is spiraling out of control. The longer these local news outlets are starved, the worse they get. When I ask people around the country why they aren’t supporting their local paper, they say, ‘Have you read my local paper?’ That’s not a knock against the journalists at those papers, because they’re doing really heroic work, but they’ve just been cut to the point where it’s really hard for them to produce a product that their readership really needs.”

In two years running the CJR, Mr. Pope has attended many conferences on how to save newspapers. “There are lots of ideas, but no answers,” he says.

The nonprofit model that propelled ProPublica to prominence offers some hope. Might health foundations pay for a reporter to cover medical issues? Might governments offer taxpayers the option of making a tax-free contribution to local news?

“I think that there has to be some institutional support. I don’t think it’s likely you’re going to see most of these papers standing on their own two feet.”

Kevin Helliker, a Pulitzer-Prize-winning journalist, is Editor-in-Chief of the Brunswick Review.

Clinical trial diversity must improve to ensure drugs work for all.