Brunswick's Simon Pluckrose on the historic visit of Pope Francis to the Arabian Peninsula.

His holiness Pope Francis is used to a big occasion. But when he celebrated a Papal Mass for more than 180,000 people in Abu Dhabi in February, the event was groundbreaking by even his standards. What set it apart was not the size of the congregation but the setting. It was the first time a Head of the Catholic Church had visited the Arabian peninsula.

This was a remarkable moment for the UAE, both domestically and internationally. It’s a country long associated with superlatives, but this “first” was not about setting or breaking records; it was a reflection of the nation’s ambitions to be a leader within the international community.

The UAE, home to more than 200 nationalities, has long spoken of itself as a multicultural, tolerant and open society. With the Papal visit, which included the signing of a “Human Fraternity Declaration” by the Pope and His Eminence Dr. Ahmad el-Tayeb, Grand Imam of Al Azhar Al Sharif, talk turned to action.

Nasif Kayed, an Inter-Cultural Consultant and Middle Eastern Cultural Expert in Dubai, said: “I believe the UAE is globally positioning itself as an iconic contributor and peace builder; uniting humanity regardless of differences, globally establishing what it has stood for and long exemplified in its society and residents.”

An estimated one million Catholics in the UAE represent about 10 percent of the country’s population. To help people reach the Mass, the government rolled out 1,000 free buses nationwide, strengthening the UAE’s reputation as a country where religious and cultural tolerance is thriving.

The visit of Pope Francis came just weeks into the UAE’s self-declared Year of Tolerance, which aims to deepen the values of co-existence among cultures and peoples. Particular emphasis will be placed on teaching youth the values of tolerance. Not that this represents any major shift. Tolerance is a value that is rooted in UAE culture. The country even has a Minister of Tolerance, His Excellency Sheikh Nahayan Mabarak Al Nahayan.

It was such a significant demonstration of how in the UAE you are welcome to practice your religion.

And it wasn’t just the big, high-profile moments that displayed tolerance. Paul Griffiths, CEO of Dubai Airports, had a special role in the proceedings after being chosen to play the organ at the Mass, even though he is Anglican. Mr. Griffiths, in charge of the world’s busiest airport for international passengers, is used to special occasions, having played at Westminster Abbey in London. However, he was still astounded by the size and scale of the Mass.

“It had such an incredible air of quality and majesty about it,” he said. “I cannot begin to say what an emotionally charged event it was.”

Nothing about the event was simple or easy. The symphonic organ had to be airlifted in from the UK. But every detail seemed worthwhile to Mr. Griffiths, who described the Mass as a “PR masterstroke for the UAE.”

“This has done the UAE the power of good in terms of its image and standing in the world,” he said. “It was such a significant demonstration of how in the UAE you are welcome to practice your religion in a tolerant way.”

Pope Francis’ visit also received a significant amount of coverage online and across social media. Data gathered by Brunswick Digital revealed that the Papal visit received some 23,000 mentions on Twitter alone. On February 4th and 5th, dates when a private meeting took place between the Pope and  members of the Muslim council of elders, and when the Pope celebrated the Holy Mass, the volume of online mentions peaked, including more than 900 mentions across online news outlets. 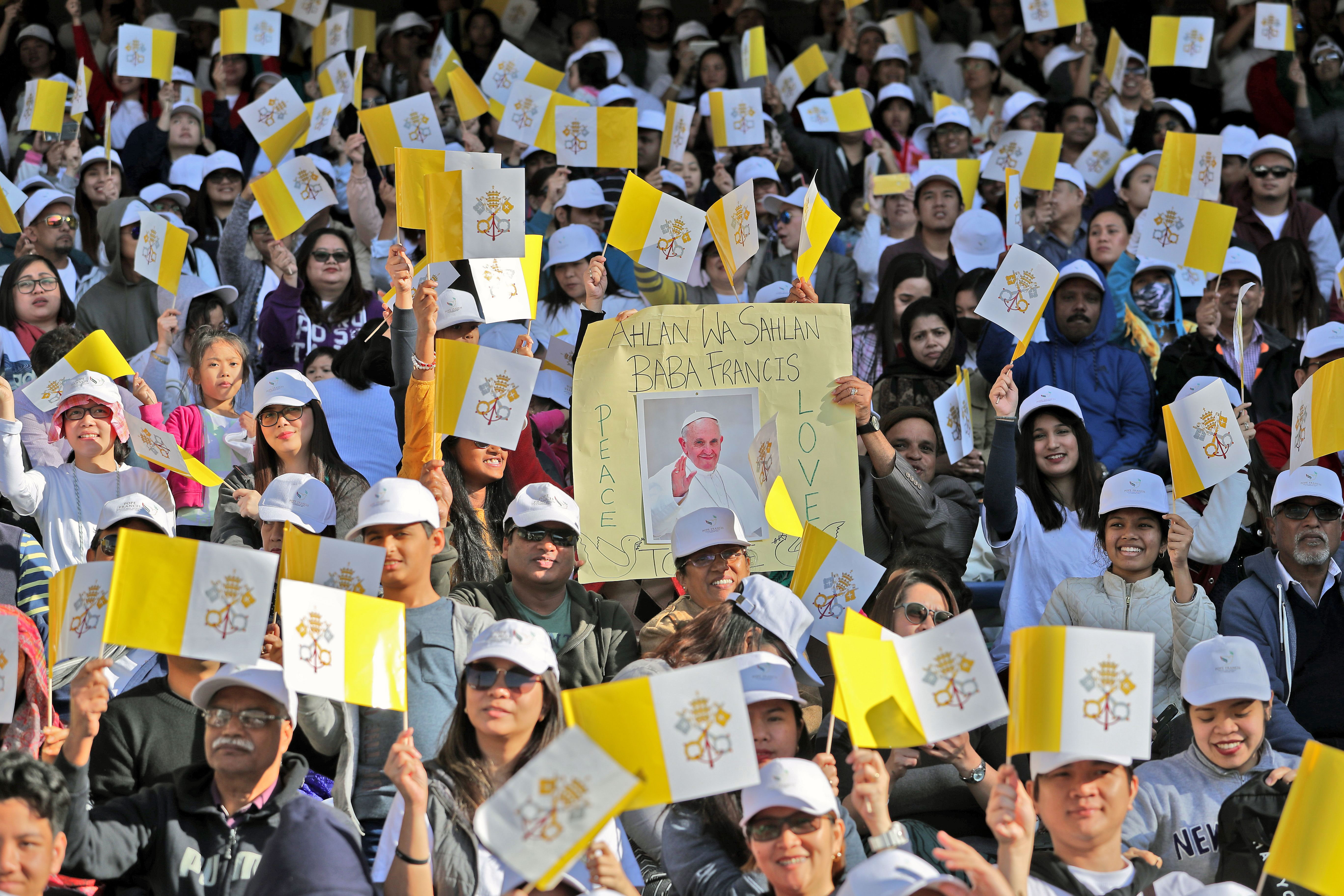 Nasif, former managing director of the The Sheikh Mohammed Centre for Cultural Understanding, said: “Rarely do we see media focus on the positive aspects of religious and cultural tolerance that exist in the UAE. Putting a spotlight on this through initiatives like the UAE Year of Tolerance and welcoming of the Pope for a Papal visit to his congregants living here have shown the world that the UAE is serious about setting an example of religious tolerance and is sincere in its desire to be a beacon of peace in the region.”

The Mass was celebrated at Sheikh Zayed Stadium in Abu Dhabi. It drew participants from all over the UAE and overseas. Nasif said, “Arabs are happy to see such an initiative as it reinforces the truth of how we accept one another and respect each other’s faith, rather than the contrary which is propagated largely in the press. Muslims believe in all prophets and all previous revelation to Islam, so you will see that Catholics have always been treated as brothers  and given full respect and rights to worship.”

Among those attending the event were a number of Brunswick Gulf team members, including Cecille Marie Asis, a Research Executive in Dubai, who said, “The beauty of the Papal visit was not just in Pope Francis officiating the Mass, but in the culmination of people from diverse backgrounds celebrating the Eucharist in a Muslim-dominated country. 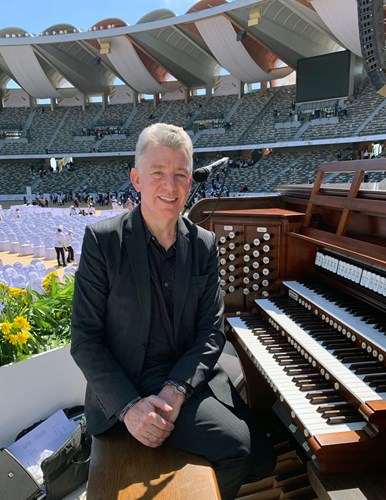 Paul Griffiths, CEO of Dubai Airports, doubles as an accomplished organist, having once performed at Westminster Abbey. Appropriate for a Catholic Mass celebrating tolerance, Mr. Griffiths, an Anglican, played organ at the Papal Mass.

“This historic event signifies the UAE’s generosity in welcoming religious and cultural diversity, and a pivotal move in upholding its commitment to tolerance in the country.”

She was joined at the Mass by Senior Executive Assistant Rosanna Conde, who works in the Abu Dhabi office. “The Pope’s visit meant a lot for me as a Catholic who has lived in the UAE for more than 10 years,” she said. “It never crossed my mind that this would ever happen, but I think it is to be expected as the UAE is one of the most open Arab countries. The UAE allows Catholics to practice their religion and for that I am grateful.”

In the words of Pope Francis, “The Christian and Islamic world appreciate and protect common values: life, family, religious sense, honor for the elderly, the education of young people, and still other things.” The visit, Pope Francis said, “wrote a new page in the history of dialogue between Christianity and Islam.” Not bad for two days’ work.