The EU is set to become the first mover in stronger climate regulation, and the impact will be global, say Brunswick’s Fiona Wright and Ayrton Thevissen.

When the EU strengthened regulations on personal data, the implications reverberated way beyond Europe. Now the EU is introducing a strong suite of more stringent regulations to support the Paris Climate goals. The expectation is that these will become the global gold standard.

Voluntary, industry-led initiatives to integrate environmental, social and governance considerations into investment and ownership decisions have been around for a long time—as any large investor or fund manager can tell you. Interest in these issues however has been growing dramatically in recent years and attracting the attention of regulators. 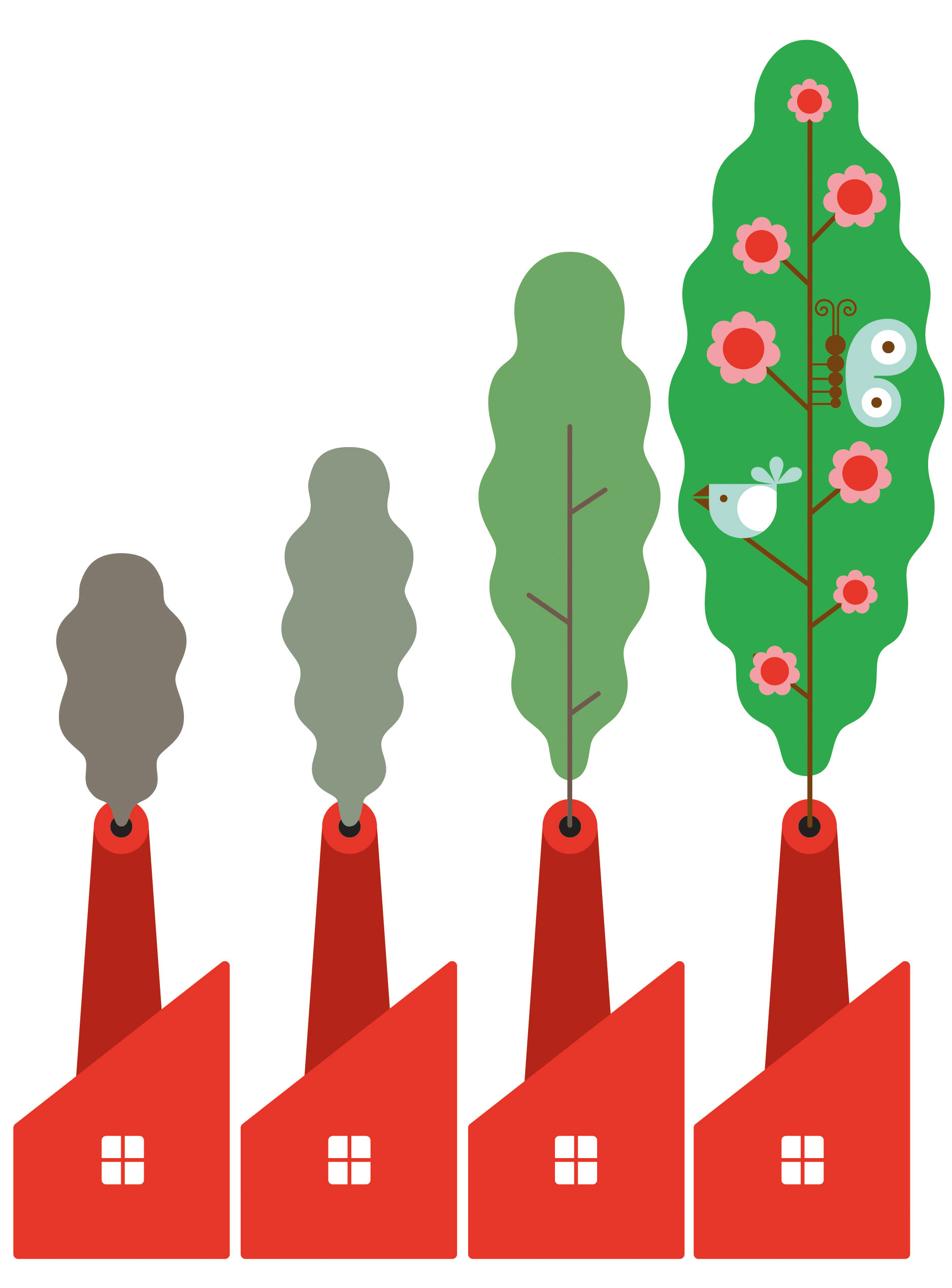 Existing voluntary initiatives include the Principles for Responsible Investment (PRI), a global, independent not-for-profit investor group. Founded in 2006, PRI proposes six aspirational principles and works with signatories to implement them. By 2018, membership included 2,250 organizations with an estimated $80 trillion assets under management.

Investors such as Schroders and Aviva have long been actively engaged on these issues. Patrick Arber, Senior Analyst on Global Public Policy at Aviva, says ESG concerns “affect how we do business, how we manage risks, how we assess liabilities.”

In 2018, the European Commission moved beyond this voluntary orientation. Legislation was proposed: to require most EU-licensed asset managers to actively and comprehensively integrate ESG factors into investment decisions; to legally define what is a “sustainable” economic activity; and to enhance disclosure and transparency requirements on climate-related information in corporate reporting.

These proposals have been widely recognized as the first comprehensive effort by governments and regulators to look at ESG on a systemic level—and new regulatory requirements for asset managers will come into effect at the end of 2020. Investor relations teams have already noted a sharp rise in the number of ESG-related questions they receive. That trend will only intensify as this milestone approaches.

What changed? In a word, Paris, and the engagement of central bankers led by Bank of England Governor Mark Carney under the G20 umbrella.

In 2015, 195 countries signed up to the Paris Climate Agreement and the goal of limiting the increase in global average temperature to less than 2°C above pre-industrial levels. Massive new investments are needed to achieve this—the Financial Stability Board estimates global investment of $1 trillion per year is required, while the European Commission believes that at least an additional €180 billion per year is needed in Europe. As this is clearly beyond the capacity of the public sector alone, a large-scale diversion of private capital toward lower carbon alternatives is essential.

The sheer scale of the challenge and the potential risks to financial stability led the G20 to focus first on the need for greater disclosure of climate-related metrics to help ensure a smoother transition toward a lower-carbon economy. The danger, as Mr. Carney noted in 2015, is that “a wholesale reassessment of prospects, especially if it were to occur suddenly, could potentially destabilize markets, spark a pro-cyclical crystallization of losses and a persistent tightening of financial conditions.”

This is the so-called “stranded asset” risk. According to Martin Spolc, Head of the Sustainable Finance and Fintech unit for the EC’s Directorate General for Financial Services, one of the EC’s main policy objectives is to “ensure that the financial sector takes risks stemming from these challenges into account.”

The most concrete outcome of G20 engagement so far is the 2017 report of the Task Force on Climate-Related Financial Disclosures (TCFD), recommending that all companies should report comparable information across a range of key metrics including water, energy and land use, greenhouse gas emissions and waste management. They should also provide detailed information on how climate-related risks are identified, assessed and managed, including testing the resilience of their corporate strategies under different climate-related scenarios.

We cannot solve this as long as there are companies that would not act.

Like the PRI, TCFD also invites companies to endorse their recommendations. Financial institutions that have signed up manage a combined US$100 trillion in assets—or 120 percent of global GDP. In the last two years, various central banks have also become signatories, including Singapore, Japan, Morocco and Hong Kong.

Although TCFD recommendations were proposed as a voluntary framework, making them mandatory has become the obvious next step. As the TCFD itself warned in its June 2019 status report, given the urgent need for action, it is still the case that “not enough companies are disclosing information about their climate-related risks and opportunities.”

Early movers like the PRI have been strong supporters of the TCFD; PRI staff have also served as TCFD members and in March 2019, the group announced steps to fully integrate TCFD recommendations into their requirements for signatories.

Most financial intermediaries are fully on board with this push for more and better information on the companies they invest in. “Investors need more granularity and data,” says Elisabeth Ottawa, Deputy Head of Public Policy at fund manager Schroders. “We now receive products from investees, but what we need is the data to conduct our own assessment.”

This data will also help investors engage with companies on the resilience of their strategies and their capital expenditures. Active investors like Schroders have been reluctant to divest from carbon-intensive sectors due to the belief that doing so would drive these companies into the arms of “less responsible investors.”

Ms. Ottowa says Schroders welcomes the requirements for asset managers to integrate ESG factors into decision-making. “We would make these changes anyway as there is strong market demand for ESG coming from institutional investors and potential new client groups like millennials,” she says.

Mr. Arber echoes this, noting that Aviva has been actively calling on policy makers to act, describing the voluntary framework as insufficient “due to the nature of the risk we face. We cannot solve this as long as there are companies that would not act.”

The most complex of the EC’s first proposals calls for a “taxonomy” to systematically identify sustainable economic activity. That remains the focus of intense ongoing negotiations and technical work. However a further round of legislation is expected from the new Commission in 2020, particularly in light of the so-called “Green wave” in the 2019 European Parliament elections. This is expected to include changes to both the EU Nonfinancial and Financial Reporting Directives; much of the broader financial services regulatory framework; new accounting rules to better reflect stranded-asset risk; and additional support for sustainable infrastructure projects. They are all aimed at tackling what Mr. Spolc describes as “the mismatch between the short-term perspective of an investment analyst and a long-term sustainability narrative.”

Ultimately, this agenda is not about punishing polluting industries, but creating effective tools and incentives to support opportunities to reduce environmental footprints. As Mr. Spolc acknowledges, “There is no point in creating this elaborate framework if nobody uses it.”

The EC is very aware of the need for a global approach in this area, given that Europe accounts for only 11 percent of global GHG emissions. An International Platform on Sustainable Finance, or IPSF, was launched in October 2019 to work on meeting the Paris climate goals and strengthening international cooperation to that end, possibly including some alignment of initiatives and approaches among willing countries. Founding members include the EU, Argentina, Canada, Chile, China, India, Kenya and Morocco.

The IPSF will work alongside other international groups including the Central Banks’ and Supervisors’ Network for Greening the Financial System and the Coalition of Finance and Economy Ministers for Climate Action, which has over 20 ministers currently participating.

Assuming the results that emerge from the ongoing EU work are seen as reasonable, the expectation is that they will set the standard that rolls out internationally, as happened with General Data Protection Regulation (GDPR) on the issue of personal data. And the global priority of the climate issue is far more universal and pressing than even regulation of personal data, affecting the entire planet. So far, almost every other jurisdiction in the world has committed to act. Once international companies work through how to adapt to the requirements of these new regulations, they will have established the foundation for application across their entire operations.

Fiona Wright is a Partner with Brunswick. Ayrton Thevissen is an Associate. Both are based in Brussels.

Kosmos Energy discovered a massive natural gas field off the coast of West Africa. There was one significant obstacle: It sat on the maritime boundary of two countries that had once fought a border war. CEO Andrew Inglis tells the story to Brunswick’s Stuart Donnelly and Andrew von Kerens.