The pollster who won the election

In 2017, British Prime Minister Theresa May called for a general election in the hope of strengthening her party’s control of Parliament. 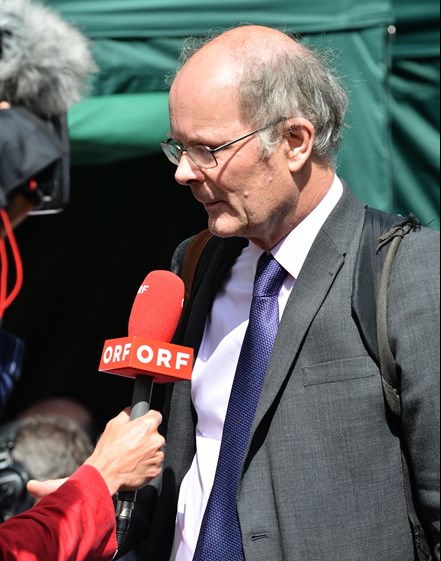 During the two-month campaign, pollsters predicted that Mrs. May’s Conservative Party would maintain a majority, perhaps even add to its 17-seat advantage against the Labour Party.

Inside the BBC’s election-night studio, expectations of a Conservative victory persisted late into the night among pundits and politicians – with the stubborn exception of Sir John Curtice. A Professor of Politics at the University of Strathclyde, Dr. Curtice insisted that his own exit polls showed that Conservatives would lose their majority – as indeed they did. “Prof John Curtice: The Man Who Won the Election,” blared a headline in The Guardian.

At a time of waning faith in political pollsters – who failed to foresee the results of that election, the 2016 US presidential campaign and the UK’s 2016 Brexit vote – Dr. Curtice remains a keen defender of the profession and the art of calculated predictions. A knight of the realm and internet cult hero thanks to a long history of accurate and counterintuitive predictions on the BBC, Dr. Curtice said in an interview with the Brunswick Review that calling elections is more exacting than predicting the success of a new product.

“If a supermarket launched a new product and were told that if it followed a certain method then the product would take 25 percent of the market, and in the end it gets 22 percent, you would probably think that it was money well spent,” said Dr. Curtice. “On the other hand, if I do an opinion poll and say the Tories are going to get 36 percent [of votes] and they end up getting 33 percent, you are going to say that is lousy.”

Far from beating his own chest, Sir John defends the pre-2017 election polls, noting their success in showing that while “Theresa May was becoming less popular, (Labour Leader) Jeremy Corbyn was becoming more popular.”

Dr. Curtice goes on to say that a defining characteristic of politics in Britain (and increasingly elsewhere) is an ever-growing distrust of politicians. Among other causes of that skepticism, he cites the Labour government in 2004 stating that the enlargement of the EU would not lead to a particularly large increase in immigration to the UK, and Conservative David Cameron’s unfulfilled pledge in 2010 to reduce immigration to the tens of thousands.

So, what are his predictions for the coming months? As you might expect, Dr. Curtice is wary of making broad predictions. He prefers the data behind exit polls. "Probability is much more sensible than predictions,” he says. “None of us can predict the future, but what we can do is to try and give an understanding of the probabilities and of the risks.”

One such probability, or possibility, that Sir John thinks is receiving insufficient consideration is that of a second EU referendum – Brexit Revisited.

“There has been relatively little discussion of a second EU referendum,” he says. “The prime minister may well decide that her safest get-out-of-jail card is to call another referendum. At the moment, we tend to associate the idea of a second referendum with the remainers. But why do we have referendums in this country? To solve party splits. The Conservative Party has already held one referendum on the EU in order to solve a party split. Why not hold another one? That’s not a prediction, just something to have in the back of your head!

Ruan Tremayne is an Account Director in Brunswick’s London office.

The likely fallout from the current Brexit confusion

Brexit remains messy at best and its costs unclear