Thirteen percent of Ghanaian adults owned a mobile money account in 2014. In one sense, that’s no real surprise. After all, everyone has heard of the mobile money revolution in Africa. But they tend to think Kenya and East Africa. 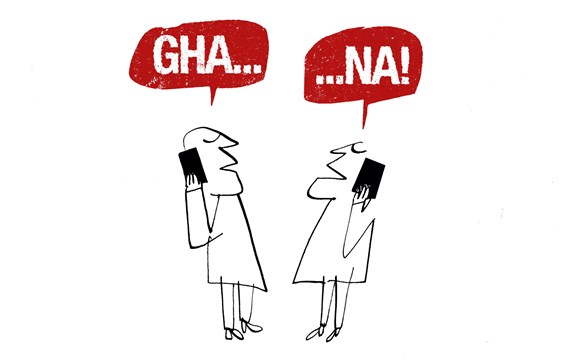 But Ghana? Not so much. In 2014, when The Wall Street Journal reported on how banks were vying for a piece of Africa’s mobile money revolution, Ghana did not feature in the article at all. Zimbabwe was mentioned. Tanzania was mentioned. Neither of those countries were doing particularly well economically, politically, socially. Meanwhile Ghana, one of the fastest growing economies in the world … nope.

To be fair to The WSJ, Tanzania at the time had about 8 million mobile money accounts – over 10 times more than Ghana. Fast forward three years and Ghana (population 28 million) now has 11 million mobile money accounts, up from less than a million in 2014. Between 2016 and 2017 the value of mobile transactions in Ghana rose by 97 percent to $34.6 billion. It was $45.3 billion in Kenya. According to the Consultative Group to Assist the Poor, Ghanaians are now even using their phones to buy sovereign bonds. In short, Ghana came out of nowhere to become the fastest growing and one of the largest mobile money markets in the world.

Berkshire Hathaway recently pumped $600 million into emerging market fintech companies – the surest signal that fintech is mainstream, ordinary. Ghana, on the other hand, is proof that the technology leapfrog is both possible and plausible.

To understand the potential for Africa to use technology as a developmental leapfrog, one must in part unravel Ghana’s rather curious mobile money experience. How did it go from laggard to mobile banking vanguard? Rather predictably and boringly, through regulatory changes.

Ghana had well-intentioned regulations aimed at financial inclusion, but which proved to be a barrier to mobile money investment. The Central Bank re-examined those regulations and changed them – voilà, revolution.

This serves as a cautionary tale about Africa’s development. For economies to grow, to attract investment and enable technologies that will unlock Africa’s demographic dividend – rather than doom a continent that will soon have roughly the same population size as Asia – governments must matter, policy must matter and politics must matter.

Itumeleng Mahabane is a Partner in Brunswick's Johannesburg office.

He uses social media to great effect to engage not only employees and supporters, but also critics and skeptics.