Bangkok-based Minor International withstood the global financial crisis of 2008, the tsunami of 2004, the Asian financial crisis of 1997—a résumé of resilience that dates all the way back to the ’60s, always under the leadership of founder Bill Heinecke.

But nothing had prepared him for the pandemic. Revenue at Minor, a global hospitality, food and leisure company, fell 50% to $58 billion in 2020 from $123 billion the year earlier.  In a recent interview with the Brunswick Review, Heinecke, Chairman of Minor, said, “I’ve never seen the amount of destruction in this industry as I’ve seen in the last  two years.”

Reflecting on the resilience and adaptability he’s needed over the decades to steer Minor through critical moments, Heinecke says, “The thing in life is you’ve got to expect the unexpected.” 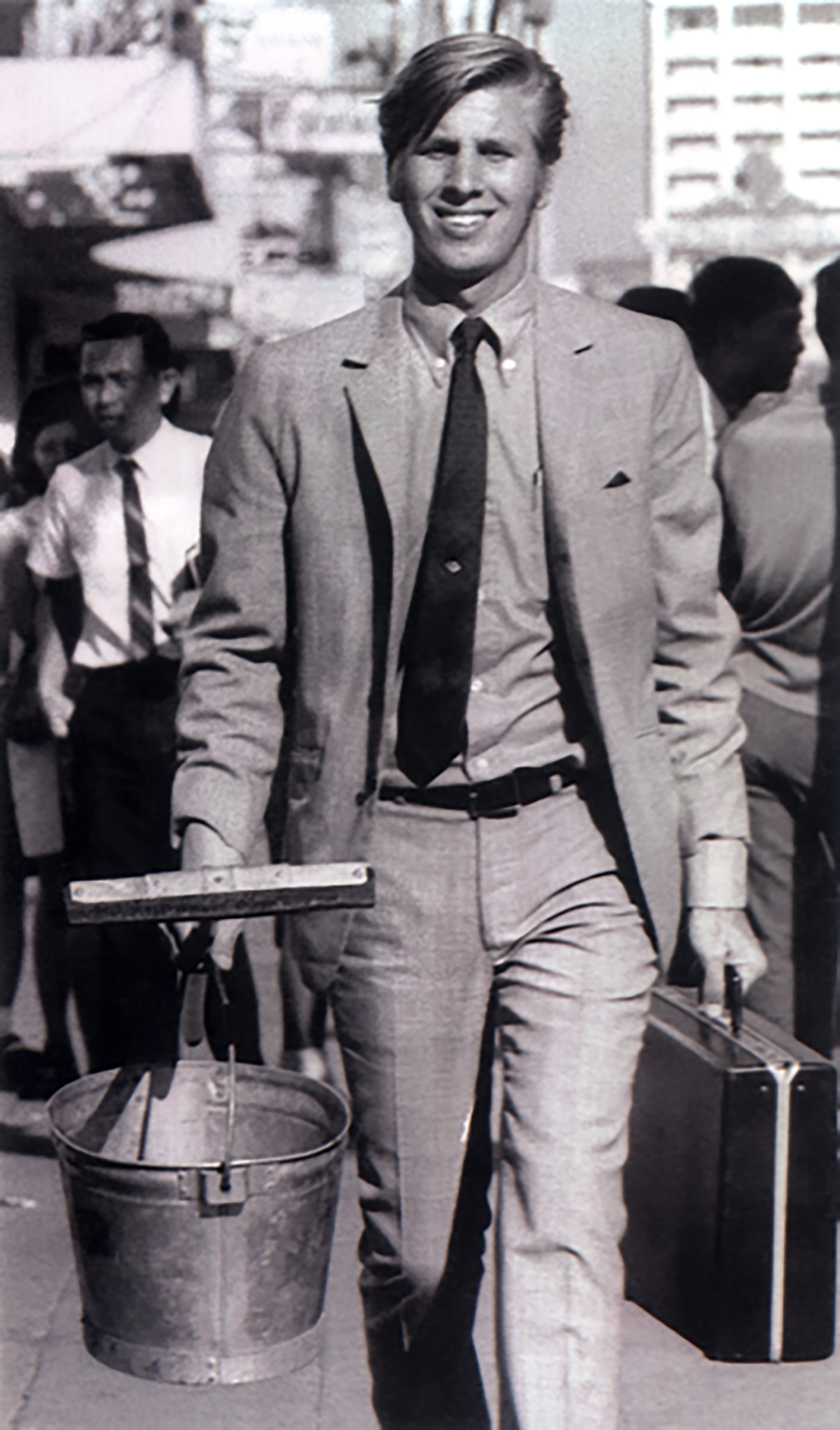 In 1967, a young man with a determined work ethic, Bill Heinecke ran an advertising business by day (the briefcase) and an office-cleaning business at night (the bucket and squeegee).

Heinecke is a master of the unexpected. The son of American parents in the foreign service, Heinecke grew up in Asia, spending his childhood in Tokyo, Hong Kong, Kuala Lumpur and his teenage years in Bangkok. In 1967, he finished high school in Bangkok at 17 years old and as far as everyone was concerned was headed to a university campus back in the US—everyone but young Bill, that is. That life didn’t interest him much, with all its tiresome predictability and cumbersome rules. He had other ideas.

He wanted the kinds of things typical teenagers want, a place of his own, a car and independence. Also, like many a teenager, Heinecke was motivated by love. In his case, it was a love for Thailand, having lived there since he was 13. Unlike a typical teenager perhaps, Heinecke had another razor-sharp focus: business.

So instead of shipping off to university, he stayed in Bangkok and opened a pair of businesses, one an office cleaning company and another in radio advertising. He got his own apartment and a car. He now had the freedom he had craved, but it came at a price—responsibility and hard work.

“When you start a business at that age,” says Heinecke, “it’s really a question of survival. All you really want to do is make it through, pay all the bills at the end of the month and have a little money left over.”

Enough money was left over month after month, year after year, until just a few years after launching the ventures, Heinecke was now able to think well beyond the monthly bills and about how to expand his enterprise, now named Minor Holdings (after his legal status when he launched it).

His radio advertising company, Inter-Asian Publicity, was bought by Ogilvy and Mather in 1974. Heinecke, now all of 25, was already thinking about what his next act would be.

With the wisdom of experience, Heinecke says if he could go back, he would advise his younger self to keep up the hard work but also to take his time; there was no need to rush from one venture to the next.

“I would tell myself to be very patient because things don’t happen as quickly as you want them to,” he says. “Over the years, I’ve had the chance to see a lot of people fail and a lot of people succeed and generally the ones who succeeded realize everything doesn’t go according to plan. They were patient and kept working hard.”

He might not have had a great deal of patience at the time, but as the younger Heinecke moved into this new phase in his business journey, it was marked by some themes that have continued to resonate throughout his life as an entrepreneur—the necessity of learning and an ability to adapt quickly.

Minor is named after the legal status of its teenaged founder.

Bangkok in 1975 was not the global city it is today. The war in neighboring Vietnam had brought in a surge of US soldiers, diplomats and journalists, but the Thai capital was far from being one of the world’s top travel destinations, as it is today (at least pre-COVID).

Heinecke saw an opportunity to bring to Thailand one of the things he missed most about his country of birth—American fast food. He thought his adopted country could use a dose of ice cream and donuts, and so he opened franchise outlets for both and then eventually moved on to another staple of American fast food: pizza.

This period for Heinecke was akin to building the plane while he was flying it, opening new enterprises, and then solving the problems he hadn’t anticipated as he went along. Problems such as not having enough locally available cheese for his pizzas (he built his own cheese factory), or how to introduce pizza delivery despite Bangkok’s notoriously traffic-choked streets (the city’s ubiquitous motorcycles were the answer).

Yet, Heinecke wasn’t only trying to bring slices of American life into Thailand. He also believed deeply in Thailand’s innate potential.

“I love Thailand and I guess very early on I discovered that’s probably been a major advantage for me,” Heinecke says.

Thailand’s breath-taking natural beauty provided an incredible opportunity that was years from realizing its full potential as a must-visit travel destination. Heinecke knew if he could fall in love with it, others certainly would and in 1978 he opened his first hotel, the Royal Garden Resort Pattaya.

Decades later, from that first beachfront property and his adventures in the food business, Heinecke has built Minor International into a sprawling global business, with hundreds of hotels, thousands of restaurants and retail operations spread around the world.

Partly because of the speed at which he moved on opportunities, partly because of his keen sense for the kinds of products and services people want, and in no small part because of his passion for his work, Heinecke may have made it look easy, but he is quick to caution that wasn’t the case.

“I look back and a lot of people think of us as an overnight success and many people tried to emulate our model,” he says. “I think the thing they’ve forgotten is that it took us over 50 years to get where we are. There’s no way of doing it quickly.’’ 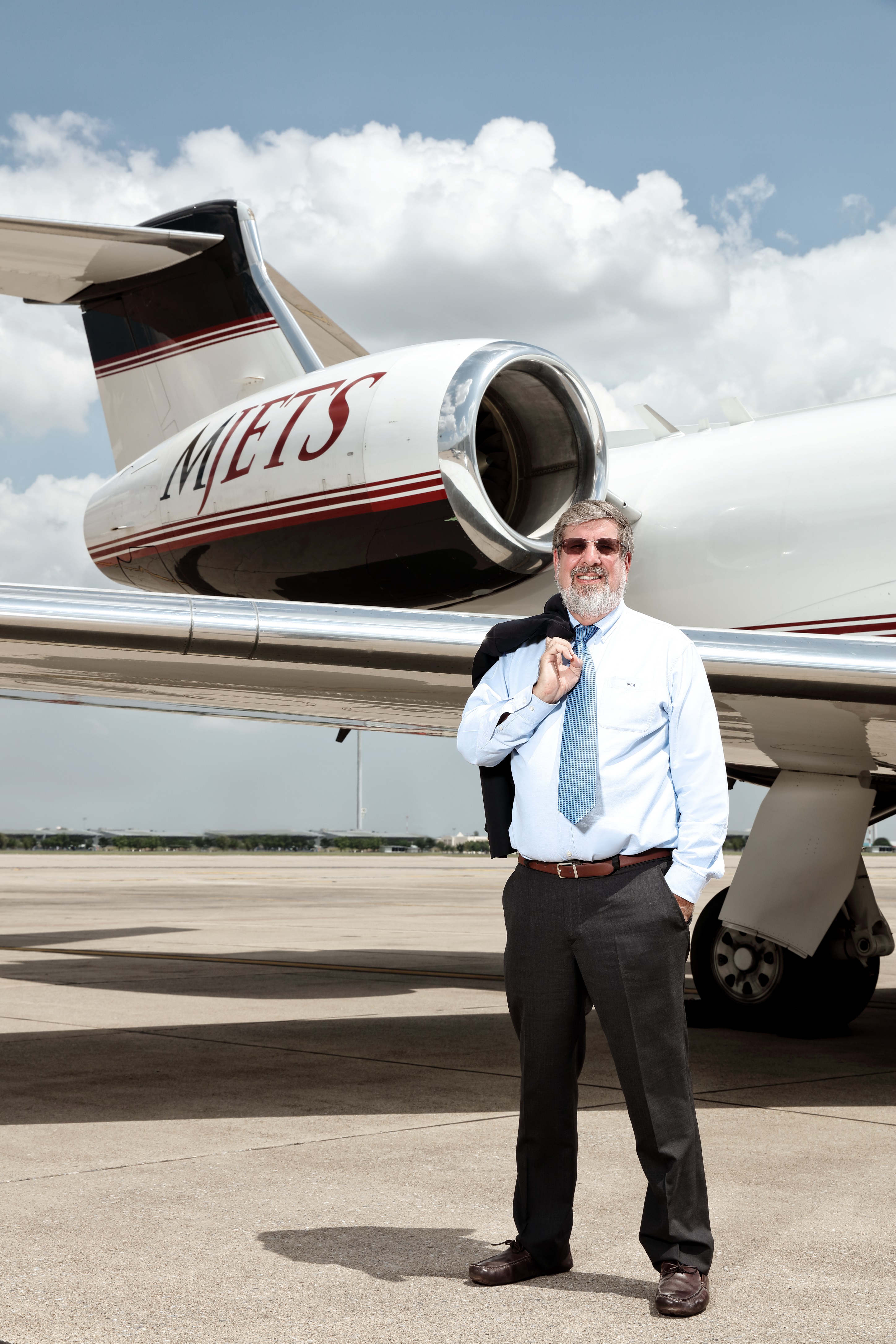 Naturally, Heinecke and his company have had their share of existential moments. In addition to multiple political crises in Thailand, there was the Asian financial crisis of 1997 which sent the Thai economy into a meltdown, as the stock market dropped 75% and GDP plunged. The contagion spread to surrounding countries, throwing the region into political, economic and social turmoil.

Then, just as the region was shaking off the worst effects of the financial crisis, an unimaginable disaster struck. The tsunami of 2004 that killed at least 230,000 people throughout Asia hit some of Thailand’s most popular tourist areas especially hard. A newly opened resort owned by Minor in Khao Lak was destroyed. Heinecke joined the rescue and recovery effort within hours of the disaster.

Yet even that catastrophic experience hadn’t prepared him for the crisis brought on by COVID-19.

“We’ve had crises like the 1997 financial crisis, which devalued the currency and changed the whole financial structure of Asia. But once the crisis itself hit and you absorbed it, then you could get back to normal and you could control what was happening and how you drove your business,” says Heinecke. “Same thing with the tsunami. You obviously couldn’t control the tsunami but after the tsunami, you could immediately pick up the pieces and start rebuilding, start trying to repair and bring business back and encourage people. This crisis is very different, because we’re not in control of it. Governments just simply say the borders are closed, and your business is stopped.”

It didn’t help that Minor, learning from its past dependence on a smaller number of regional markets, had just closed its biggest deal yet, diversifying by acquiring NH Hotel Group in late 2018 for $2.6 billion, which significantly expanded its footprint in Europe and South America. The timing couldn’t have been worse. Within 12 months of the pandemic having led governments to shut down travel, Minor had lost nearly a billion dollars, mostly on its investment in NH.

Not used to having so little control on the circumstances affecting his business, Heinecke had his team focus on survival and the agility necessary to shake up the business model to adapt to the quickly changing and unpredictable operating environment. That included making choices Heinecke says were some of the toughest of his career, including cutting thousands of jobs. To map out the way forward with the future of the business at stake, Heinecke and his business leaders had to think and act with urgency.

I love Thailand and very early on I discovered that’s probably been a major advantage for me.

“I think it certainly has taught many of our people, and myself, to be agile and to move quickly,” Heinecke says. “Because it’s no use sitting around there waiting for the government to let you open. But if you can pivot and find another way of doing it and come up with new ideas, you can get through it. And many of our staff really did an incredible job during this period.”

Minor leaned heavily into food delivery to sustain its restaurants while the hotels got creative with promotions such as offering in-room dining experiences to keep the restaurants busy and the rooms full. Heinecke is clearly proud of what he and his team have managed to do to ensure the survival of the company.

Despite the ongoing challenges posed by outbreaks of the Delta variant, Heinecke is optimistic that the broader move by governments away from zero-COVID strategies and toward re-opening as vaccination rates improve will bring rays of sunshine to the travel and tourism industry. That said, he also believes it won’t be a complete return to the way things were pre-pandemic.

“People are still going to want to travel and have experiences,” he says. “But whether they want to do it in a crowded environment, that’s probably going to be less attractive. I think people will end up staying longer when they go somewhere, whether they combine business with pleasure, and I think they’re going to want to fly less frequently but stay longer when they get somewhere.”

Heinecke also sees other potential trends emerging from this unprecedented time. He believes travel experiences, such as private villas and spas, previously exclusive to luxury clientele, will become more commonplace and therefore more affordable to more people. He also thinks the pandemic has brought wellness higher up on the priority list for many people and will become more central to the travel and tourism industry.

Heinecke has another thought about the road ahead—whatever comes next, and what is essential to ensure the survival and health of Minor.

Michael Kearns, a Director in Brunswick’s Singapore office, worked more than 25 years as a journalist and editorial leader, including serving as CNBC International’s Vice-President of International Digital and Strategic Partnerships.