In 17th century feudal Japan, a class of merchants known as the Omi Shonin practiced the inclusive capitalism that we, centuries later, are embracing as “the new paradigm.”

Associated with the province of Omi, these merchants travelled the country, buying goods from the cities and conducting trade from Hokkaido in the north to the tip of Japan’s southern Kyushu island. The Omi were strongly aware of their status as outsiders and that their livelihood depended on building long-term, trusting relationships.

Their philosophy, Sanpo Yoshi, continues to have an influence in Asia. The name means “good for three parties.” The Omi intended to make money, but knew that their success was dependent on their customers and the communities in which their customers lived. Sanpo Yoshi holds that a successful business must also benefit others. 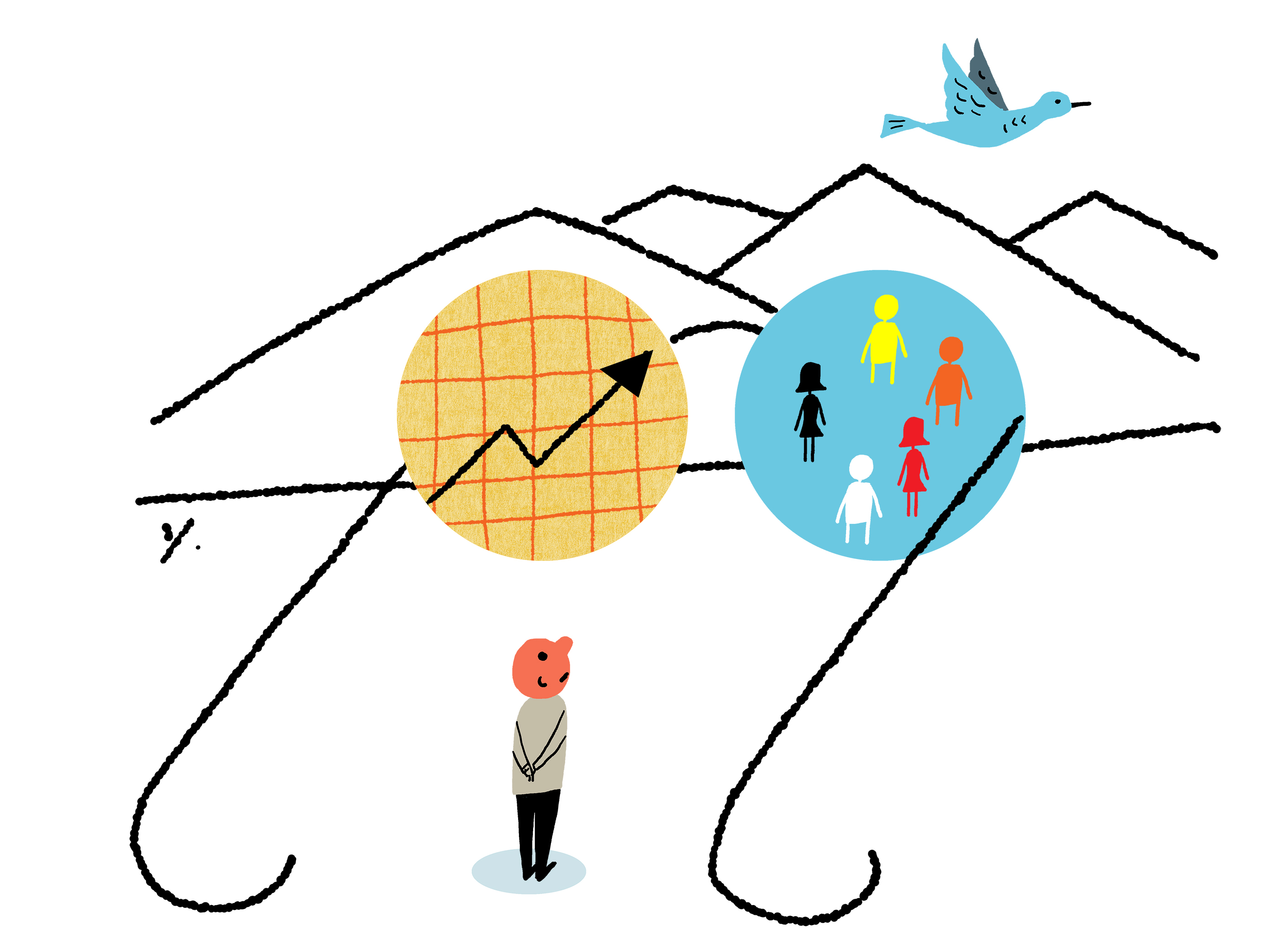 This approach made them exceptionally successful through the 17th and 18th centuries. And it lives on in Japan as a hallmark of good business. In research conducted by Brunswick in 2016, 80 percent of respondents in Japan felt business can provide solutions to major challenges—by far the most positive response of the 24 markets surveyed.

Among Western markets with the lowest trust, including the US and the UK, the response was barely half of that. Japan’s corporations are sometimes criticized for a lack of emphasis on shareholder return, but they have clearly won the trust of stakeholders.

Caring For The Community

In China, in the early days of the republic and in the absence of a flourishing private sector, major state-owned enterprises, or SOEs, were established and tasked with nation building. More than just an employer, they influenced the health of the community. Since the late ’70s, as the nation’s private sector has developed, many of its biggest businesses have be partially privatized yet they still underpin society.

“Historically, a major SOE in China looked after the fabric of the lives of workers and their families,” Fu Chengyu, former Chairman of Sinopec Corporation told us. “Most of the social and domestic amenities were provided by the company. More recently, in my time running Sinopec, while we faced out to the international capital markets and recognized a listed company’s responsibility to generate profits, as Chairman I was still very clear Sinopec was a community of several million families, not just the one million directly on the payroll.”

Separate from the Chinese model, many of Asia’s emergent champion businesses come from a lineage closer in spirit to the Omi merchants. Banyan Tree Hotel and Resorts is one. It’s founder and Chairman, Ho Kwon Ping, recently shared his views with us about how Asian business leaders can create their own authentic and locally appropriate model of capitalism.

“Capitalism, and any economic system, is culturally bound and the ethos of Asian civilization has to a large extent been communitarian in nature,” he said. “There has been a strong need for communities to stress social cohesion and harmony as opposed to encouraging a model where the individual succeeds at the expense of others. It is therefore natural that Asia has embraced a model where the interests of the community, customer, employees, are all critical.”

Mr. Ho and his wife, Claire Chiang, 25 years ago formed a luxury hospitality business headquartered and listed in Singapore. From the very beginning, they had deep sense that building a luxury resort in developing Asia could have tremendous consequences—not just environmental, but also social. As he put it, “How do you integrate yourself with the community when one day’s room rate could be equal to a local villager’s monthly income? You risk creating dependency and resentment.”

To mitigate against this, Mr. Ho worked very hard to make sure that Banyan associates as well as guests appreciate that their interaction with each other is critical. The whole service culture is contained in a phrase they use: “I am with you”. This is built on a foundation of empathy and understanding.

"Asia has embraced a model where the interests of the community, customer, employees, are all critical."

“When you have culturally insensitive people come and visit a place and disparage the culture and the people and the poverty you develop an alienation and a sense of grievance against the people you are employed to serve. The service is no longer real but very forced. So we talk about this culture of ‘I’m with you’ and the idea that what I am doing helps you and the local community and what you are doing helps me too.”

The Asian conglomerate C.P. Group is today Thailand’s largest private company, with global revenues of $63 billion in 2018. But it started out as a seed shop in Bangkok’s China Town.

Arriving in Thailand 100 years ago barely able to speak the language, Chia Ek Chor named his business Chia Tai, taken from a Chinese expression for operating fairly and ethically.

“Conscious of our family’s immigrant status and grateful for the generous welcome they received in Thailand, my father Ek Chor sought to ‘give back to the country’ by operating his business with honesty and integrity,” says C.P. Group Senior Chairman Dhanin Chearavanont. “One of the first examples of this was seed products sold with an expiry date hand-written on the package, and a promise to exchange any that were deficient. Doing so guarantees the crop quality for farmers, whom C.P. Group counts as life partners. It was 50 years before Western retailers began to seriously adopt ‘use by’ and ‘best before’ dates and that speaks to the desire to do right by our customers.”

The values remain deeply embedded in C.P. Group’s culture and articulated through the Group’s “Three Benefits” philosophy. “Both in Thailand and beyond, C.P. Group’s priority has always been to benefit the country and the people. And only when those two priorities are met should the company seek to benefit,” the chairman said. “C.P. Group turns 100 next year and the three benefits philosophy will always be the guiding star to ensure our success wherever we invest for the next 100 years.”

While the idea of stakeholder capitalism has long been culturally acceptable and even the norm in Asia, it would be wrong to say it is a perfect model. The Western model of good governance has been slow to be thoroughly adopted and a fair share of corporate governance scandals in Asia have been the result.

“We have both a challenge and an opportunity that is very different from the West,” says Banyan Tree’s Mr. Ho. “We have embraced the idea of the broader community and done all kinds of things that are probably not always considered in the best interest of minority shareholders. Now we must adopt greater rigor in terms of defining our stakeholders and separation of interests.”

Trust in business varies widely from region to region and doesn’t translate automatically. In the US, only 43 percent of the population feel businesses are trustworthy. That means that even Asian businesses steeped in an inclusive culture need to be prepared to articulate their value, not just to domestic stakeholders, but internationally as well, in diverse markets.

Still, there is a certain arrogance in the West as it embraces stakeholder capitalism as its own thoroughly modern invention. Markets that have lived that philosophy for centuries may well serve as models for what that actually means.

Tim Payne is a Brunswick Senior Partner and Head of Asia in Hong Kong. Joanna Donne is a Partner in Singapore. Daisuke Tsuchiya is a Partner in London and Head of Japan, leading a team of more than 15 Japan experts and bilingual advisors in Tokyo and around the world. Yoichiro Sato is a Director in Brunswick’s Tokyo office, which opened in 2020.