A look at the numbers

Research by executive search firm Spencer Stuart finds that women are gaining seats on the board, but are still under-represented at senior executive levels

In a growing number of countries, women now account for more than a quarter of non-executive directors. Growing scrutiny, legislation, recommendations in governance codes, or targets set by governments have contributed to this progress.

Demand for female directors may be growing, but the lack of women on executive committees and in senior leadership positions globally limits the supply of qualified candidates for boards to choose from. Among S&P 500 boards, only 16 percent of nominating committees were chaired by a female director, 13 percent of audit committees, and 10 percent of compensation committees.

A number of barriers that prevent women from advancing to senior positions – and thereby, the boardroom – revolve around lack of mentoring and poor work-life balance.

In particular, women can have difficulty reintegrating after maternity leave, or face inflexible working arrangements as they raise children. Unconscious male bias, together with the perception that women are reluctant to put themselves forward for promotion, also remain significant barriers.

Quotas have had a positive impact on board diversity in some markets, but far more sophisticated initiatives will be needed to achieve genuine, lasting improvements in the number of women equipped to take on senior executive and board roles. 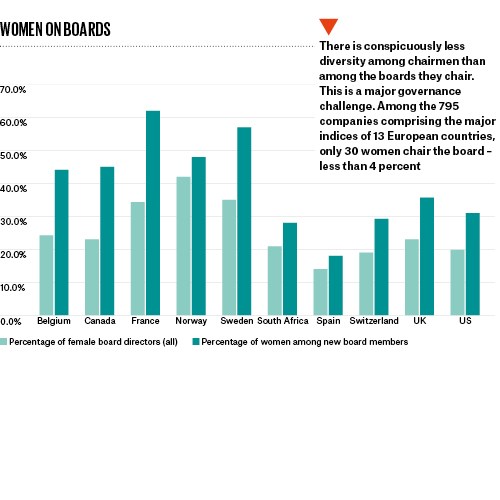 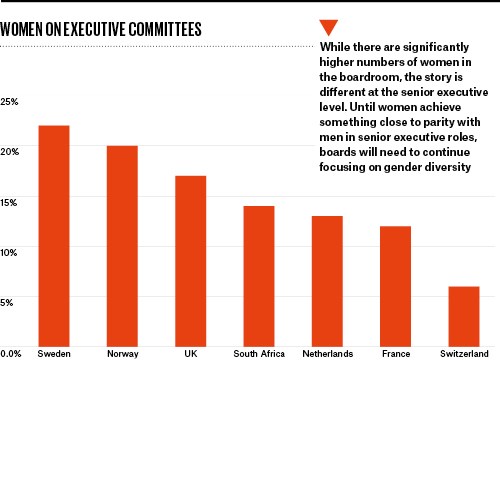