Woman in the Mirror

What do a Bahraini biker, an Egyptian athlete and a Syrian medical consultant have in common? All three women have put their reputations on the line to challenge outdated standards of female beauty in the Middle East, a region where old-fashioned beliefs are reinforced by an advertising industry that has been slow to eschew female stereotypes.

They are among the women hoping to deliver a more realistic ideal of beauty through media platform Miraa (“mirror” in Arabic), which was created by global consumer goods company Unilever.

More than 70 percent of Unilever’s beauty and wellness consumers in the region are Arab women, partly through its bestselling brand, Dove, which, in 2018, published its global Girls Beauty Confidence Report. The report revealed that women and girls in Saudi Arabia and the United Arab Emirates had low levels of confidence in their appearance compared to other parts of the world.

In response, Unilever wanted to create a space where Arab women could share experiences and perspectives on beauty and self-image in line with their cultural values. Today, Miraa has become a platform for women to discuss topics still considered taboo in some conservative cultures, such as body image and participation in sport. The goal was to normalize more realistic perceptions of women and drive more self-acceptance and openmindedness across the region.

Growing up, Yara Boraie, a Vice Arabia journalist from Egypt who helped Unilever develop content for Miraa, often found herself frustrated with the unrealistic representation of Arab women in TV commercials, where women are still primarily seen cooking, cleaning or gossiping.

“Women were always shown in cooking oil or washing detergent advertisements as unrealistically perfect and excessively emotional, unable to make rational decisions,” Ms. Boraie said. “I remember watching TV with my mother and feeling furious at the way a mother in a cooking commercial was portrayed. If a woman was playing the role of a mother, her teeth would be perfect and white, she’d have a button nose and colored eyes, and act totally fake. These women were not representative of me or my mother or any of the mothers I knew.”

As a 25-year-old Arab woman, Ms. Boraie is representative of the audiences that Miraa is targeting. She believes that the age of TV commercials based on such two-dimensional characters is over, but is concerned about the impact they have already had on self-confidence across the region.

“You could say that they are just advertisements,” she sighed. “But these images are in our faces 24/7, sub-consciously affecting our perceptions and driving stereotypes. You start to wonder who is responsible for constructing these beauty ideals and what impact they have had on the way Arab women choose to live their lives.” 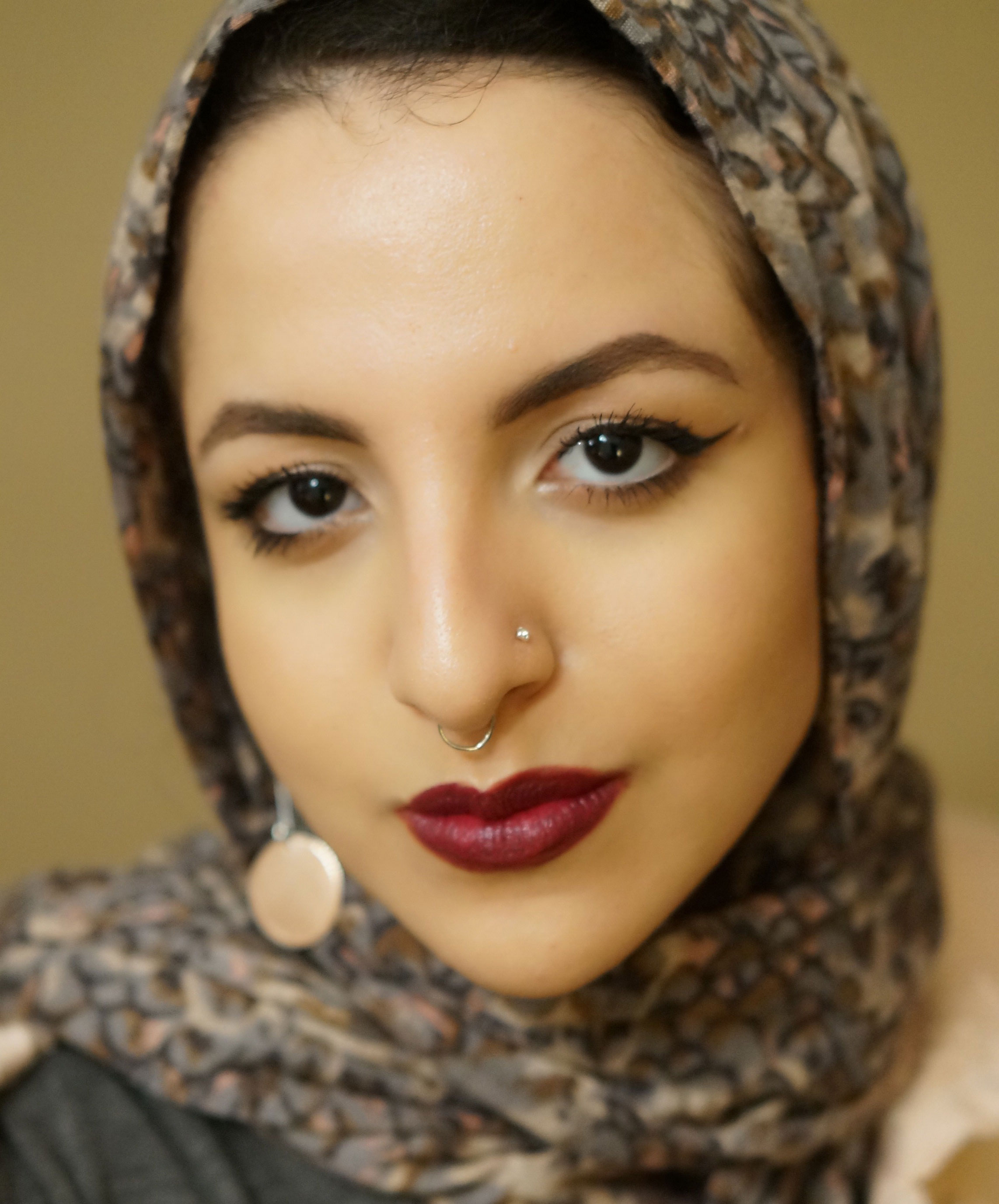 Yara Boraie is a journalist with Vice Arabia who helped Unilever develop the Miraa project, featuring wide-ranging discussions of topics important to women.

Around the world, Unilever is seeking to become synonymous with social purpose. The firm’s mission to “make sustainable living commonplace” is brought to life through campaigns such as Dove’s Real Beauty movement and sustainable farming and production practices. The company’s belief that “brands with purpose grow” has been validated by the fact that its 28 “Sustainable Living” brands, which take action to support positive change for people and the planet, grew 69 percent faster than the rest of the business and delivered 75 percent of the company’s overall growth in 2018.

The strategy has paid off in the Middle East in particular, where Unilever has had a presence for many years. Dove and Lux are among the top five beauty and personal care brands in Saudi Arabia, as measured by brand footprint. Lipton tea, another Unilever offering, has become such a strong household name in the region that many consumers think it is a local brand. But as the market grows, it becomes more complex and Unilever’s brands are using research to keep abreast of the concerns of its audiences.

For Dove, it was critical to understand the impact of beauty ideals on the everyday lives of women and girls in Saudi Arabia and the UAE, core markets for its beauty and personal care brands. Its survey of over 600 girls identified significantly higher social pressure than other parts of the world, derived from unrealistic ideals of beauty and social comparisons, fueled by social media.

The research showed that only 8 percent of girls in Saudi Arabia had high body esteem, far fewer than the global average of 24 percent. Eighty percent of girls in both countries were choosing to opt out of social engagements or put their health at risk due of low confidence. They felt more pressure than other parts of the world associated with their future, marriage and looking after their families.

Girls in both Saudi Arabia and the UAE expressed a desire to be judged on what they say and do rather than their looks, and to see more diversity in age, race, shape and size for women portrayed in the media. Sonia Kapoor, a Senior Digital Content Manager at Unilever who led the development of Miraa, felt that the findings pointed to a lack of independent platforms for women in the Middle East.

“In the Arab beauty space, you would traditionally see three types of platforms,” Ms. Kapoor said. “Conventional local heritage magazines spotlight Western trends for Arab women, and while they have adopted a digital presence, their content hasn’t evolved to offer a two-way dialogue with women in the region. International publications have also mostly re-purposed global content for the region. Meanwhile, social media platforms like Instagram celebrate unrealistic images of beauty.

“Our research showed that artificial beauty ideals were holding women and girls in the region back from achieving their potential. We wanted to give them control of defining the beauty narrative in line with their cultural values, and felt we were uniquely placed to develop a platform that could add value to their lives.”

These images are in our faces 24/7, sub-consciously affecting our perceptions and driving stereotypes. You start to wonder who is responsible for constructing these beauty ideals.

Miraa was launched in 2018 to present a diverse array of Arab women addressing topics that readers might not feel comfortable discussing with family and friends. These include post-partum depression, how to deal with hair loss, or what questions you should ask your gynecologist.

The website links closely with dedicated social media channels that drive traffic, creating a two-way dialogue with readers to inform editorial choices. Public and private Facebook groups have been set up to allow the community to dive deeper into topics and share encouragement with each other.

Ms. Boraie insists Miraa is not looking to be controversial for the sake of it. “Miraa has been inundated with requests—DMs, Facebook messages, emails. Sometimes an article will spark discussion on a sub-topic that our audience will want to hear about. We look to cover all angles possible and treat a topic as two sides of a coin— building inclusivity.”

In the platform’s launch film, “The Other Side,” Miraa was able to present three diverse Arab women for a discussion centered on women’s self-acceptance.

One of them women, Rose, is a Syrian medical consultant. She discussed the dangers of attempting to attain perfection through surgery, while at the same time emphasizing how to use fillers, a medical treatment that fills in facial wrinkles safely.

Some viewers reacted angrily to Rose’s endorsement of the procedure, which led Ms. Boraie to develop a follow-up piece exploring perceptions around cosmetic surgery in more detail.

“It seemed that a woman could be bullied for the way she looked, and then attacked for being plastic— both sides could be fatal. We helped Rose discuss the importance of respecting personal choice,” she said. “Our goal is to make our audience feel safe and included—whether at school or at work, experiencing adolescence or adulthood. We want to reach as many Arab women as possible with this message.”

In the same film, Wadeeah, a Bahraini guitarist and motorcycle enthusiast, and Asma’a, a functional fitness coach and Egyptian rowing champion, explained that platforms like Miraa are helping to highlight the value that diversity brings and encourage women to focus on achievement rather than appearances.

“Societal norms have changed,” Wadeeah said. “Today you can choose whether to wear a hijab or not. Since I choose to wear the hijab, and basically everything we do as hijabis is frowned upon, girls actually encourage me and tell me to keep it up whenever I get on my motorbike.

An advertisement for Babyfist, a Palestinian fashion brand and social movement that fights female oppression in the Arab world that was profiled on Miraa.

“Being confident, intelligent and respectful in a girl’s daily life and the way she deals with people, will make her look beautiful and radiant, regardless of what she wears.”

Asma’a added: “When I was younger, being strong was viewed by some as ‘mistarjelah’ (acting like a man). After being profiled on Miraa, I had women approach me asking how they can become stronger too. It feels good to encourage a healthy standard of beauty for others.

“It’s important for women to share a real side of their lives with each other, rather than the manicured version that we often see on social media. When I hear Serena Williams discuss her struggles competing as a mother, it makes me feel that I can get through the challenges that I face in my life.”

Miraa’s diverse network of female Arab contributors has helped Unilever brands’ visibility and relevance. An example is Dove’s #ShowUs campaign, the world’s largest photo library, created by women and nonbinary individuals, which features women profiled through Miraa. With more than 5,000 images, #ShowUs offers a more inclusive vision of beauty for media and advertisers to use.

Similarly, Lux aimed to encourage more Saudi women to enter the workforce after identifying that only 16 percent of the Saudi workforce was female, despite women making up 76 percent of unemployed Bachelors-degree holders. Lux’s #IntoTheSpotlight campaign purchased hundreds of search terms on Google to ensure that female professionals were the first results seen by those with hiring power, thus also shining a light on female role models who had broken into male-dominated fields.

In an age when there is increased scrutiny on corporate purpose statements and accusations of “purpose washing,” the campaigns launched off Miraa have helped Unilever’s brands demonstrate real intent and responsibility in their efforts to drive social value.

The numbers look promising. As of January 2020, the website recorded 3 million unique users for the year, with 6.6 million individual page views.

Ms. Boraie agrees. “Brands should never underestimate the value of inclusivity, authenticity, and relevance. They’re not going to find it in board rooms, but through engaging with their audiences.”

Tasha Young is a Director with Brunswick based in Dubai.

The Woman in the Mirror