The Armory Show is a legendary art show in New York. Established in 1994 it has shaped and moved New York’s art scene for decades. However, in recent years it has faced stiffening competition from both global and regional art fairs. And global art dealers, gallerists and the general public have a plethora of art fair to choose from.

The Armory Show wanted to reassert its positioning as a core part of New York’s art scene and increase its relevance across the board. As part of the challenge, we had to answer the question: Why The Armory Show?

The Armory Show can play a unique role in New York’s art scene. Not just as an annual art fair, but as a gateway to explore what the City has to offer in art and beyond. The opportunity was to be more than just an art fair – it was time to become New York’s art fair. Through the brand idea ‘The Gateway to New York art and beyond’ we positioned The Armory Show as a collaborative, open and innovative platform that also acts as a force for good for the local art scene.

To bring this idea to life, we started with the logo. We connected the ‘M’ and the ‘W’ from the word mark to create a slash graphic that visually represented a gateway. Inspired by distinctly New York textures, including construction patterns, manhole covers, subway tiles, and even the Hudson river, we then created bespoke abstract patterns that incorporated the angle of the slash graphic. Finally, for the colours, we continued to draw from the vibrancy of the city, choosing tones which were bold, buzzy, and energetic. The Armory Show is launching in 2021 in the Javits Center. Leading up to the launch we are helping them with communications planning, strategy and media outreach. 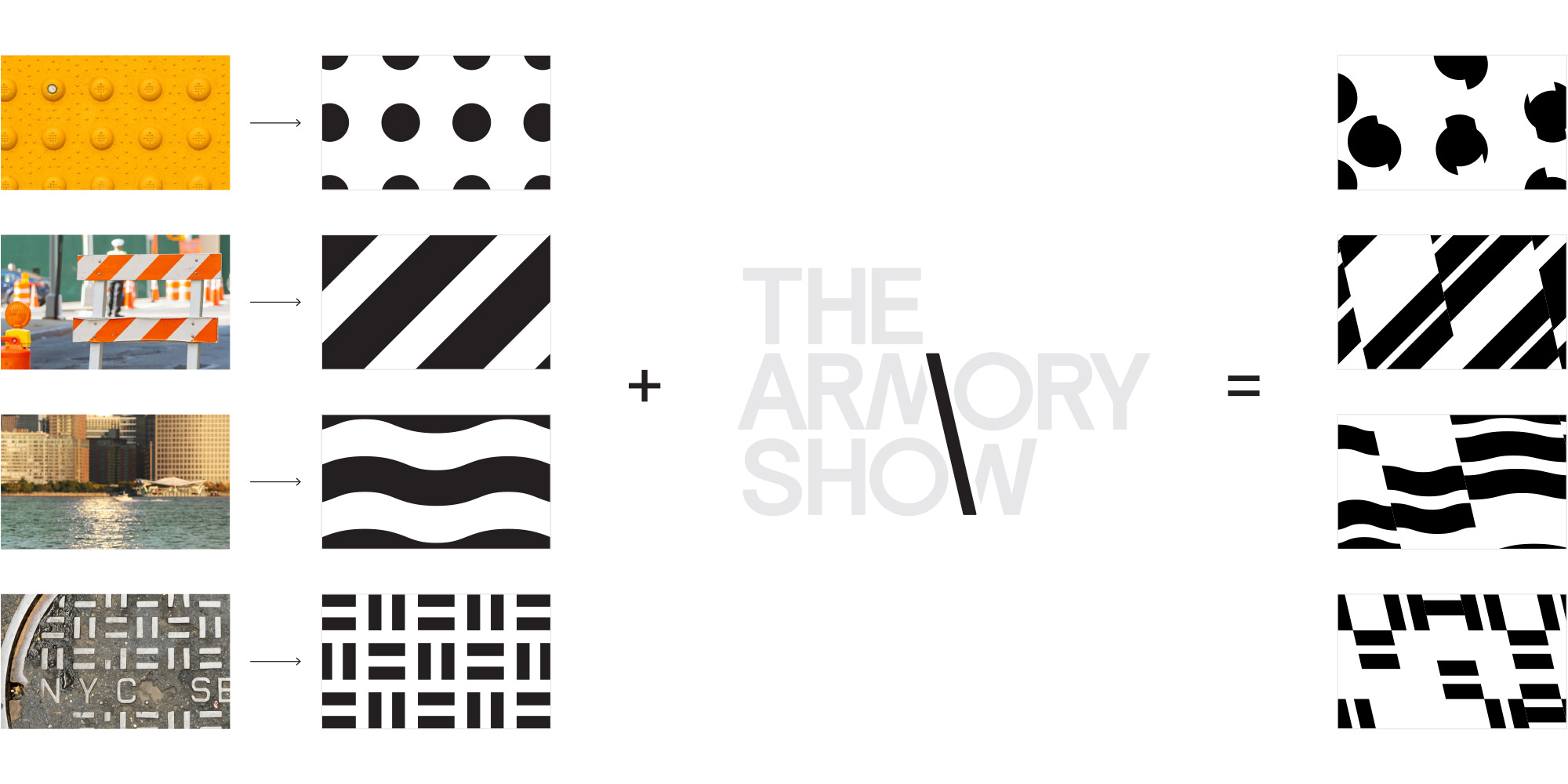 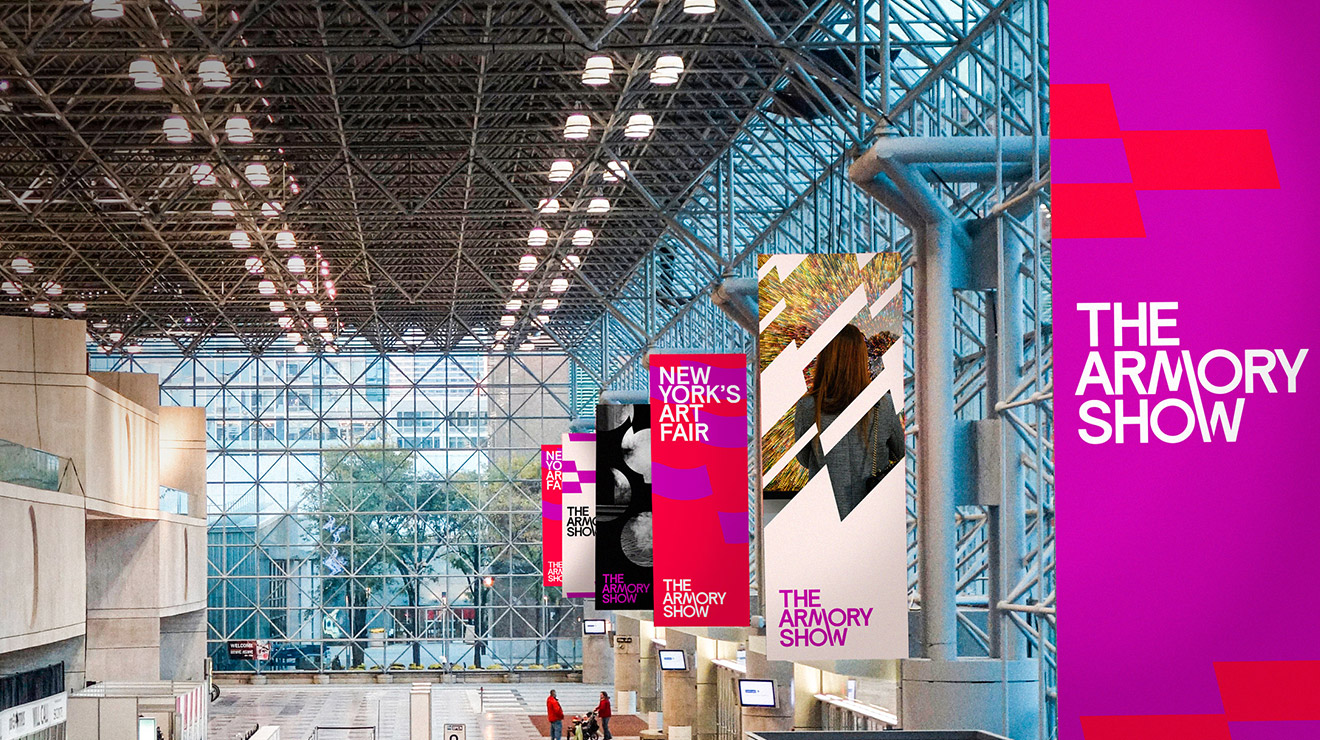