General Counsel and Head of Compliance at Slaughter and May

New UK regulation and standards call for solicitors and directors to act with integrity—but we’re not quite sure of what that legally means. Sarah de Gay, General Counsel at law firm Slaughter and May, suggests a way forward.

Fashion editors often urge readers to hang on to nice clothes, because what goes out of fashion invariably comes back in style. The same might be said for corporate values, especially “integrity.”

Many who remember the Enron collapse also recall that “integrity” was one of its stated core values. Post-Enron, there seemed a reluctance among businesses to wear the integrity moniker quite so boldly, but it now seems in vogue once again. A survey by Booz Allen Hamilton and Aspen Institute’s Business and Society Program found that 90 percent of companies listed integrity or ethics as a core value. 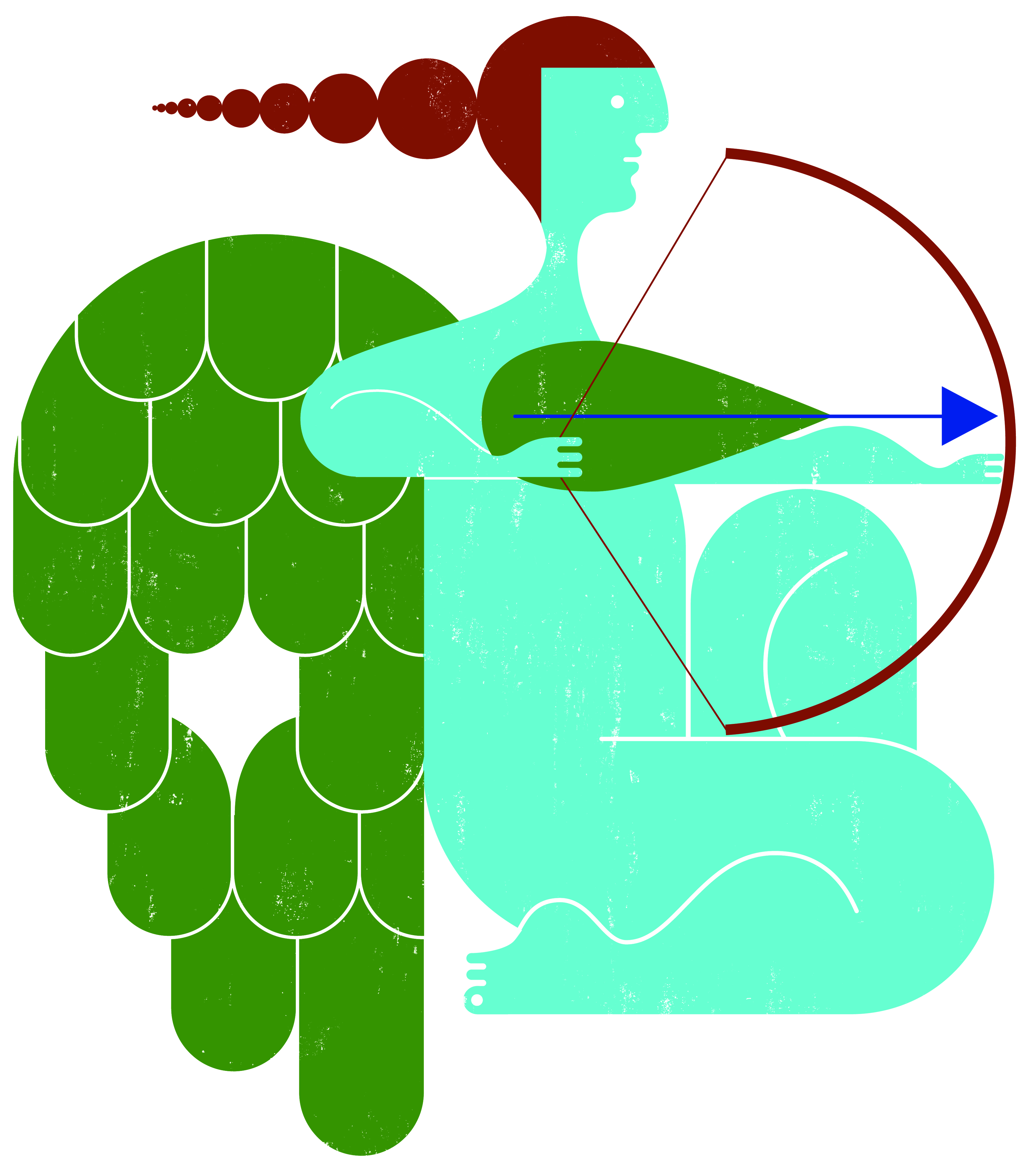 Regulators in the UK are also developing a taste for the word. The latest UK Corporate Governance Code, published in July 2018, requires directors of listed companies to act with integrity. And in England and Wales, solicitors are gearing up for new rules from their regulator, the Solicitors Regulation Authority (SRA), which will come into force in November and carry a similar requirement for all SRA-regulated law firms and employees.

That both companies and regulators in the UK are talking about integrity should, in theory, help clarify what integrity actually means for businesses and workers in their daily lives. Yet the reality seems murkier on the ground.

The SRA’s new rules, for example, not only call for solicitors to act with integrity (as before), but also now include a new, separate requirement to act with honesty. Anyone who thought acting with integrity simply involved telling the truth might be confused.

Meanwhile the UK Corporate Governance Code takes a “comply or explain” approach to directors acting with integrity. This could prove challenging if you’re not exactly sure what acting with integrity calls for, or (with blissful ignorance) assume it has a narrower meaning than is in fact the case.

Neither regulators nor the courts have completely clarified things yet. In a 2018 case, the Court of Appeal ruled that a solicitor may lack integrity even though they are not dishonest. Dishonesty will therefore invariably involve acting without integrity, but the reverse is not necessarily true. The court added that integrity connotes adherence to the ethical standards of the profession, but this doesn’t seem to take us much further forward—what does “honesty plus” look like?

Research by PwC’s strategy consulting business, Strategy&, found that in 2018 more CEOs at the world’s 2,500 largest companies were dismissed for ethical lapses than for financial performance or board struggles.

Recent decisions by the Solicitors Disciplinary Tribunal (SDT), the tribunal before which solicitors in regulatory hot water risk finding themselves, indicate that solicitors lack integrity with almost alarming regularity. According to the SDT, the following behaviors fall on the wrong side of the integrity line: making improper payments out of a law firm’s client account; making false representations to a mortgage lender; getting involved in transactions that bear the hallmarks of mortgage fraud; entering into a sham partnership agreement; recklessly (but not dishonestly) misleading the court. All of these examples bear the hallmarks of dishonesty, or recklessness, and help to clarify what integrity doesn’t look like, however, rather than provide a sense of what it does.

The issue, for both directors and solicitors, is the standards and regulations are phrased positively. Consider the difference between being told to “do good” versus “do no harm.” Both have the potential to be vague, but the former surely requires a list of “do’s” alongside a list of “don’t’s”.

Another potential trap lies in committing to integrity (and indeed similar values) at a high level (in Codes of Conduct and the like), but having more prosaic processes governing day-to-day working life that have the potential to undermine your values. Take aggressive KPIs, for example. If a worker is under intense pressure and acts unethically to meet certain targets, who is culpable: the employee, their employer, or both?

A starting point may be challenging the assumption your colleagues know what integrity means, or what a breach of integrity looks like.

That question was at the heart of a case in England and Wales last year. Over a 17-month stretch, an associate solicitor at a law firm lied to a client and her employer about the progress of a matter, backdating letters when things got hard to sustain. But it emerged the law firm in question had placed intense pressure on how associates recorded their time. Junior solicitors were told if they failed to meet billable-hour quotas, they had to make up the deficit by working weekends and bank holidays. There was also the prospect of target deficits being rolled over year on year—in time, making annual targets unmanageable. The associate in question was suffering from depression and anxiety, and the stress was having physical manifestations, including hair loss.

The associate’s misconduct was not in doubt, but the SDT concluded the firm’s culture, especially given its effects on the associate’s mental health, was a root cause. Its verdict was quite friendly, allowing the associate to continue to practice as a lawyer (albeit with some restrictions) at her new firm.

But the SRA appealed that decision and won. While the SDT had been right in saying that dishonesty in solicitors could only be excused in exceptional circumstances, the High Court decided that the SDT had misapplied that test. Since the breaches transpired over almost a year-and-a-half stretch, they could not be exceptional—they had demanded some element of planning. The solicitor was struck off and her legal career effectively over.

Stress is, of course, a bit of an occupational hazard for lawyers so perhaps it can only excuse so much. The decision seems to highlight (among other things) that not only must some organizations do more to support the mental health of their people, but that values must be lived and embedded in the culture of a place if they are to be real.

How best to tackle this? A starting point may be challenging the assumption your colleagues know what integrity means, or what a breach of integrity looks like.

I decided to ask everyone I came across through work for a day what integrity meant to them. Honesty was the most popular answer, followed by legality, then “following our policies and processes” and finally “doing what we’ve promised to do.” But by far my favorite was “it’s an elephant.” That seems to describe how many of us think about integrity—if we can’t precisely define it, we can at least recognize it.

But does everyone really know it when they see it? Could, for instance, unrealistic performance targets in themselves be breaches of integrity in certain circumstances, as well as a challenge to it? For such a black-and-white term, there is, back to elephants, often plenty of gray.

I looked to the websites of a number of listed companies and leading law firms to see if their stances on integrity might be more instructive.

Sadly not. Most simply state their commitment to it. Oddly, integrity appears in some anti-bribery and corruption commitments (we act with integrity, so will not bribe to get work) and tax strategies (we act with integrity, so will always pay the tax we are bound to pay). I say oddly because both those things are legal requirements. Just as integrity isn’t a synonym for honesty, surely it isn’t a synonym for legality either.

This underscores that, having clarified what it means, another step is for the word to appear in more than websites and values statements. Directors and senior leaders at law firms can—and should—press for the word to find its way into conversations and actions that actually matter and take place daily within an organization: performance reviews and targets, investment decisions, business planning discussions, and choices about compensation, procurement and hiring.

Another powerful demonstration would be continuing to hold leaders accountable who fail to live up to an organization’s values. Research by PwC’s strategy consulting business, Strategy&, found that in 2018 more CEOs at the world’s 2,500 largest companies were dismissed for ethical lapses than for financial performance or board struggles. That certainly classifies, for those boards, as “acting with integrity,” though it raises a wider question of what the organization’s culture was while that individual was CEO.

For such a big, bold concept as “integrity”, the way forward is through a number of small, daily commitments. Followed consistently, they can help transform it from being a fashionable word into an actually meaningful one.

A brasserie opens in Brooklyn, during the pandemic, and wins a Michelin star. Meet the Chef, General Manager and Investor behind Francie. By Hunter Hallman.