For years, my KC cap was a symbol of resistance. Then the pandemic struck.

On my last walk home from the office last March before locking down, I came across a reporter in Herald’s Square. She was seeking to interview people about the closing that day of the famous Macy’s store there. But passersby that evening were few and six feet between, none of them apparently eager to land a TV appearance that might risk their health. Knowing from my own journalistic experience how difficult person-on-the-street interviews can be, I volunteered.

Keeping her distance, she pointed a microphone in my direction. “As a New Yorker, how do you feel about the closing of this iconic store?”

I knew exactly what she wanted me to say. Were I in her shoes, I knew what I would want me to say. But she had triggered something. “She shouldn’t have called me a New Yorker,” I thought.

The author, Kevin Helliker, photographed in a mostly empty Times Square during the pandemic.

Trying again, she said, “As a New Yorker, how does it make you feel to see Herald Square this empty.”

That did it. “Actually, I’m from Kansas City,” I said.

“KC,” I said, tipping my Chiefs cap for emphasis.

Her eyes, drifting beyond my shoulder, implored some other stranger to come rescue her.

I walked away scolding myself. “What the heck was that about? Your wife is a New Yorker. Your daughter was born at NYU. You’ve lived here for eight years.”

But I was unrepentant. “She shouldn’t have called me a New Yorker.”

This beef of mine was particular to New York. While living in Chicago, I’d called myself a Chicagoan. During two stints in Dallas, I’d worn cowboy boots. Like Kansas City, however, Chicago and Dallas belonged to what New Yorkers called flyover country.

Thirty years ago, when I joined the Wall Street Journal in Dallas, I discovered that my counterparts in New York felt a bit sorry for me. They just assumed I wanted to live and work in The Only City that Matters. In every New York apartment I visited, there hung that Saul Steinberg New Yorker cover, belittling everything west of the Hudson River. I met New Yorkers ashamed of their Midwestern roots, New Yorkers who couldn’t fathom anyone choosing any place else, New Yorkers who’d attained one of their highest goals in life once they’d moved into a dingy studio costing thousands of dollars a month.

I went the other way. For 20 years I worked in the WSJ’s Dallas and Chicago offices, declining promotions that would have brought me to New York, accentuating my Kansas twang whenever I spoke with particularly proud New Yorkers, sometimes acting dimwitted in honor of the smartest business executive I’d ever covered, the late Sam Walton. As a journalist, meanwhile, I wrote stories about important and interesting people in places New Yorkers generally considered unimportant and dull. Out of Kansas City alone I logged more than 200 bylines. 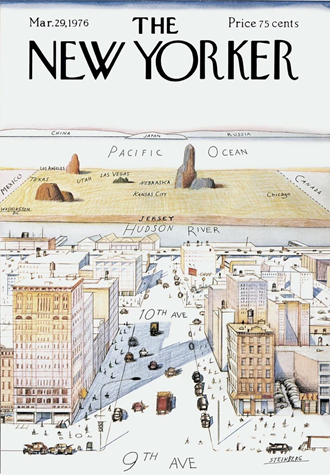 "In every New York apartment I visited, there hung a poster of that Saul Steinberg New Yorker cover, belittling everything west of the Hudson River."

If my reaction to geographical snobbery seems extreme, that’s because I grew up in the Kansas City other Kansas Citians love to ridicule. Fifth-grade geography teachers and the board game Trivial Pursuit have propagated the belief that there are two Kansas Citys. But everybody within a hundred miles of them knows there is only one: KCMO. That’s where you’ll find skyscrapers, museums, sports stadiums and college degrees. Over in KCK, we had slaughterhouses, steel plants and car factories. Whenever the Kansas City Star (located in KCMO, of course), wrote about KCK, the subject matter was either corruption or crime.

The Star famously is where Hemingway started his career, and less famously where I started mine. After a decade of delivering the Star, I entered its newsroom as a reporter just out of college, and blushed when a veteran reporter deigned to ask where I was from. Back then the Star was nationally respected—only that spring it had won two Pulitzers—and its cub reporters came from exotic places like Boston.

His laughter caught the attention of the whole newsroom. “I was over there once—by accident,” he said. “How’d you get out?”

Oh well. It is said that the best qualification for journalism is a chip on your shoulder.

That chip came along with me when at long last I moved to New York eight years ago. To make sure nobody mistook me for a New Yorker, I walked the streets of Manhattan wearing Chiefs, Royals and Jayhawks apparel. Even after marrying a New Yorker, even after fathering one, I needed to make clear that I was double-parked here.

But within days of that ridiculous stand of mine at Herald Square, I received calls from the Midwest, as well as from people who had fled New York. They’d heard about refrigerated morgues outside hospitals, about the National Guard digging mass graves, about the daily deaths of hundreds of New Yorkers. They’d seen images of dark stores, empty sidewalks and a desolate Times Square. “What’s it like there?” they asked, these rubberneckers. 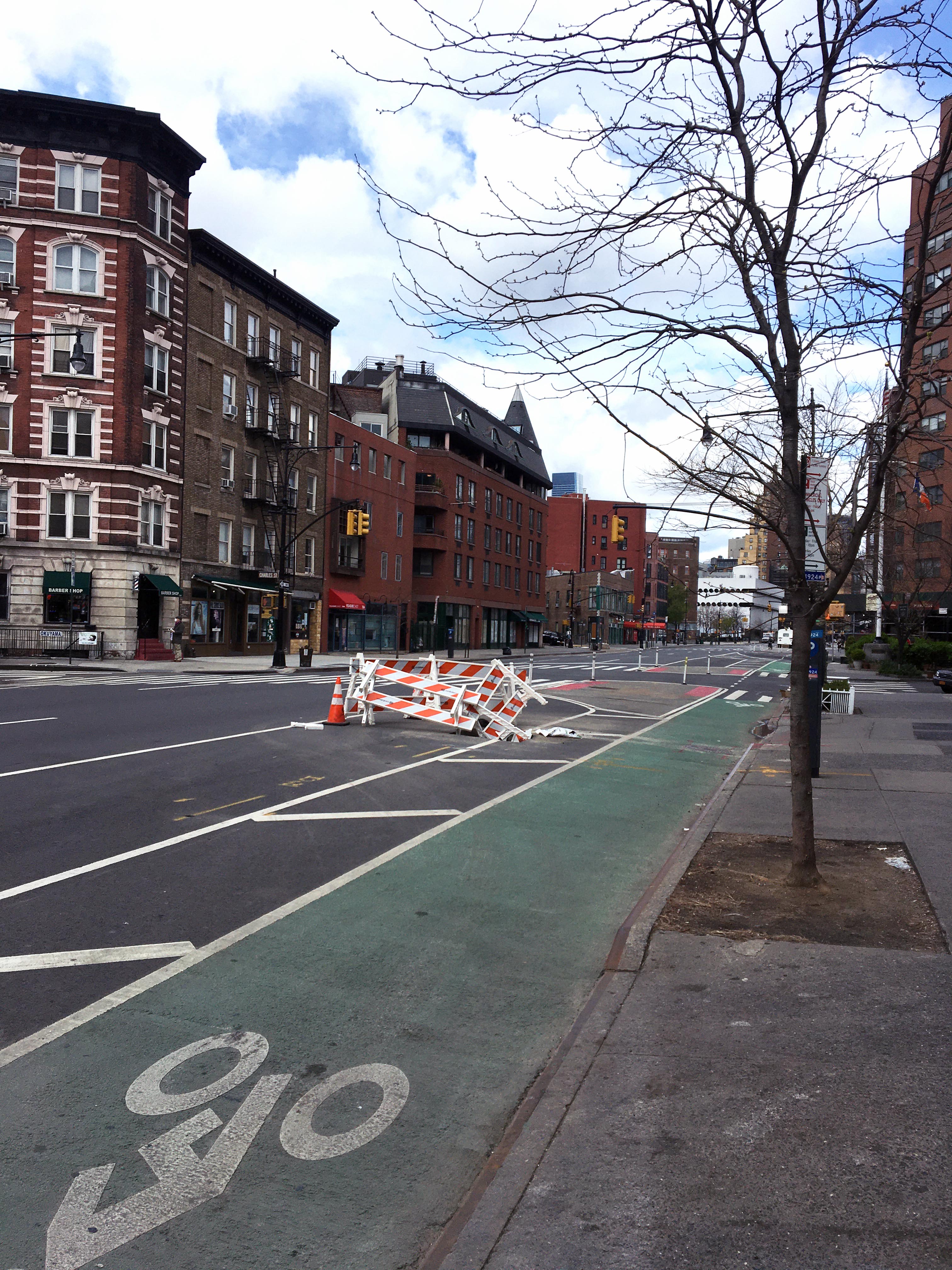 A city in lockdown, taken by the author on an April run through Greenwich Village.

You might think the city, stripped of its bragging points, would turn sullen. The prospect of that even intrigued me a little. But I was astonished. It’s as if I were the Grinch, hearing the Whos sing Christmas carols even after their presents had been stolen: New Yorkers were friendlier, funnier and more cheerful than ever. Or maybe they always had been, and that chip had blinded me to it. Out running, I found passersby eager to wave at me. On my daily trip to the grocery, I heard somebody satirize that White House recommendation to limit food shopping to once a week: “Yeah, I’ll just load up my nonexistent SUV in the nonexistent parking lot outside.” I even heard a new twist in that never-ending debate about who is and who isn’t a real New Yorker: Those who fled should get an asterisk beside their name.

By the time my wife and daughter and I got away for a break in Vermont in July, New Yorkers had flattened the world’s steepest coronavirus curve. Eight million people had done it, and I was one of them. Hearing the Kansas twang in my voice, a cashier in Brattleboro, Vermont, asked where I was from, and I hesitated only a second.