Focused on the theme of “Nature,” the Cooper Hewitt, Smithsonian Design Museum’s Sixth Design Triennial, which opened in May and runs throughout the year, aims for a goal far more ambitious than a walk in the park or stopping to smell the roses.

Jae Rhim Lee’s “Infinity Burial Suit” is one of the works featured at the Cooper Hewitt Design Triennial. Containing biodegradable material, the suit offers a sustainable alternative to casket burials and cremation.

Statistics show life for many creatures on Earth is in jeopardy, as carbon emissions rise and push average temperatures above critical limits. Whole species may go extinct, entire ecosystems destroyed. The stress that the sum of those losses will place on humanity can’t be calculated.

Yet Ms. Baumann is confident that these seemingly overwhelming problems are ones that design can help solve, either directly or by inspiring others.

“So we’re talking about nature but we’re talking about the fact that people need to make a difference,” she says. “Nature has been a source of inspiration for designers and artists forever. And that’s part of what excites us so much. This Triennial is really analyzing how designers today are looking anew at how the world is living, and how designers can cooperate with scientists, botanists—all of us, really—to make a better world.”

“The Design Triennial attempts to take the temperature of the design world, so the topic of this edition is deliberately broad,” says Matilda McQuaid, Deputy Director of Curatorial at Cooper Hewitt.

More than 60 projects representing the current state of design’s approach to nature are on display both in New York and simultaneously at a collaborating site, Cube design museum in Kerkrade, The Netherlands. But even with such a big tent, the goals are not impersonal—or modest.

“What we wanted to do was to change people’s idea about what nature is,” Ms. McQuaid says. “As humans, we are a part of nature. And I think sometimes that gets forgotten—it becomes nature versus humans. We wanted to underscore the idea of this collaboration with nature. I feel like there is room for optimism, but there has to be a shift in behavior. By embedding human beings in nature’s web, it can happen.”

We spoke to both women recently at Cooper Hewitt’s sunlit offices, surrounded by evidence of the institution’s devotion to design. Both saw the explosion of interest in addressing environmental concerns through design as reason for hope.

“Right now, there’s a transformation in how many designers are thinking about the relationship with nature,” McQuaid says. “If you talk to either business leaders or the scientists themselves, they are using design methodologies in their own disciplines. We’re featuring work by scientists at Harvard.

“You would have been hard-pressed to find a similar situation 10 or 15 years ago—finding yourself talking to scientists who would consider themselves designers. That shift is becoming much more pervasive, toward absorbing design thinking or design processes into different disciplines that have never really been associated with design.”

Located on Museum Mile on the edge of Central Park—itself one of the world’s most loved and lovingly designed urban green spaces—Cooper Hewitt was founded in 1896 as the Cooper Union Museum for the Arts of Decoration. In 1968, it joined the Smithsonian family, the first outside of Washington, DC. Its history tracks the movement of design from a peripheral concern of culture to an essential one.

Cooper Hewitt underwent a renovation in 2014 that turned it into a more participatory, interactive space, attractive to both adults and children. The average age of visitors dropped from 54 before the renovation to 27 after, Ms. Baumann says. Digital displays allow visitors to create their own designs and can be activated with a special digital pen that’s handed out as they enter. As visitors find exhibits of interest to them, they can use the pen to collect and store portfolios of information about them that can be accessed from any external device when they leave the museum. Introduced with the renovation, the technology helped put Cooper Hewitt in the lead for museum interactivity.

“The museum itself has resilience as something that it needs to continually foster,” Ms. Baumann says. “Resilience and relevance. You need to be constantly malleable. You can’t just say, ‘This is who we are.’ You need to really look at what’s going on in the world and listen to that.”

The “Nature” theme for the Triennial emerged out of that listening, says Ms. McQuaid.

“Before we even thought about ‘nature’ for the Triennial, we considered it as a special exhibition,” she says. But the importance of the topic asserted itself. “This is an of-the-moment issue. And so we decided to make it a Triennial, to really focus on contemporary design. But then, we went even further and expanded it to include the whole museum for a year. Even our Selects series will be devoted to nature.” 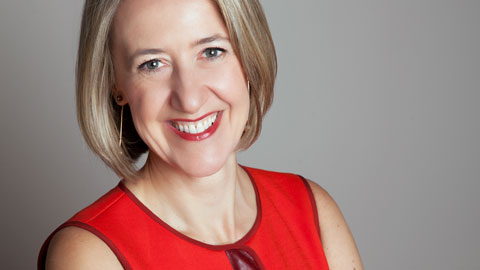 Caroline Baumann is Director of Cooper Hewitt, Smithsonian Design Museum in New York City, the only museum in the US devoted exclusively to historic and contemporary design. Ms. Baumann has significantly advanced Cooper Hewitt’s mission to educate, inspire and empower visitors through design. An internationally recognized leader in the field, she gave a talk on accessibility and inclusive design at the 2019 World Economic Forum in Davos.

The Selects is one of the rotating exhibits that will be on display at the same time as the Triennial. The Triennial itself occupies the outdoor garden and two large floors in the mansion that was once the New York home of Andrew Carnegie. In between those floors are samples from the museum’s vast collection of over 210,000 objects—representing 30 centuries of work, from ancient artifacts to 3D-printed objects—in exhibits aligned with the nature theme. In the Selects series, outsiders are invited to curate their own exhibit culled from that vast collection.

The outside curators are a diverse group. “For the first time, we’re having a group of five scientists come in and choose objects from our collections,” Ms. McQuaid says. “They are from the Wyss Institute for Biologically Inspired Engineering at Harvard, who are also represented in the Triennial.”

The scope of the project is a huge endeavor, spilling into all aspects of the Cooper Hewitt’s operations, including its education initiatives, concert programs and special events. The intention is to drive home the importance of the theme.

“So rather than just have one show, the Triennial, focused on Nature, we are giving the theme over to the entire campus—reverberating on every floor and in the Garden,” Ms. Baumann says. “That’s purposeful—the whole place exuding nature.”

In addition, duplicating most of the Triennial exhibits at Cube design museum will be a huge logistical operation in itself. “Co-operation is crucial in addressing the human-inflicted situation in which nature currently finds itself,” says Cube Director Hans Gubbels in a press release. The project “carries the promise that we can bring human behavior back in line with nature again. Co-operation between design, science and technology thus can turn the tide for our planet.”

The work in the Triennial is grouped into seven categories, inspired by the designers’ various approaches to nature: Understand, Simulate, Salvage, Facilitate, Augment, Remediate and Nurture.

“In some cases, the designers are advocating for or modeling a change in behavior,” Ms. McQuaid says. “In other ways, they’re inspired by nature, such as the category of Simulate. We didn’t set out with those themes in mind. It really came about by looking at the projects themselves. We’re very much about process as well as finished designs; we really want to understand how designers work. This was a way that we could delve into that a bit more.”

“Bleached (II)” by Erez Nevi Pana, invites meditation on the fate of the marine world. The Israeli designer submerges wooden structures encased in loofah into the Dead Sea where they crystallize like coral formations.

Among works commissioned for the Triennial is “Petrified River,” an outdoor installation inspired by the history and geography of Manhattan, particularly the features of Central Park. Another, the “Monarch Sanctuary,” proposes new urban habitats for monarch butterflies, whose wild populations are being decimated by climate change. Both works are site specific.

“The Substitute” by Alexandra Daisy Ginsberg is also a new project, one designed to provoke discussion. The work is a realistic AI animation (powered by Google’s Deep Mind software) of an extinct rhinoceros species. The designer reveals the paradox of humanity’s desire to create life via technology while simultaneously killing life forms to the point of extinction.

Two works that have appeared elsewhere address how we interact with the environment not when alive, but when we’re dead.

“The Infinity Burial Suit,” by Jae Rhim Lee, replaces a coffin and incorporates material that lets the body biodegrade into the surrounding soil. And a funerary urn design titled “Mourn,” from Studio Nienke Hoogvliet, is made of a bioplastic derived from wastewater that allows a controlled biodegrading process of human ashes.

“This show will be a massive catalyst for people across the globe to really have an impact and will make people even more aware,” Ms. Baumann says. “The burial examples—for me that really resonates because a lot of people don’t think about it. They just think, ‘Oh, well, when I die, I die.’ But it’s a massive problem. We’ve got to think of the whole process of life, from birth to death, what are we doing to this planet and how are we leaving it better. And we can do that. We can work on that with designers in collaboration with other experts.

“This show really emphasizes our vision to inspire people and make them understand the power of design. We’re looking at nature in our world and what’s gone awry and trying to solve some of these problems. If design isn’t involved in solving this problem, we are in dire straits and it’s not such an optimistic story, frankly.”

Kim Mitchell is a Partner with Brunswick Arts. Carlton Wilkinson is Brunswick Review’s Managing Editor. Additional reporting by Liza Eliano, Account Director for Brunswick Arts. All are based in New York.

All photographs are courtesy of the Cooper Hewitt.

Besieged by the pandemic response, creative efforts abound in the world’s great houses of culture. By Brunswick Arts’ Peter Dillon.

Michael Garin, CEO of Oscar-winning Image Nation Abu Dhabi, explains how, unlike the rest of the world, movie production continues in the UAE.

The Calculus of Audra McDonald

Broadway may be dark, but hope emanates from its most celebrated star.