The President of the Spanish Chamber of Commerce discusses business’s role in responding to the Catalan secession crisis.

In October 2017, a contentious – and illegal – referendum was set to take place in Catalonia, a region in the northeast corner of Spain. The issue before the region’s voters was independence – whether Catalonia, which is responsible for almost 20 percent of Spain’s economic output, would remain part of the country or form its own. The referendum had been deemed unconstitutional by the Spanish courts, yet the Catalan regional government announced it still intended to hold one. 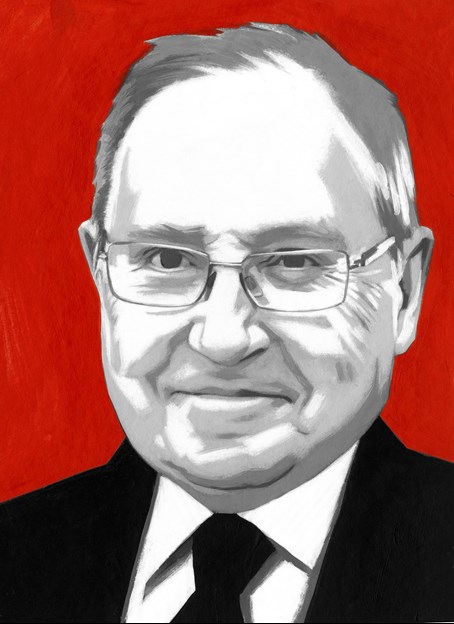 In the weeks leading up to a vote that wasn’t supposed to take place, both “leave” and “remain” proponents held heated protests. Media coverage showed a region, and a country, starkly divided. The subsequent vote was declared void by the central government in Madrid.

More than a year later, Catalonia remains divided, yet part of Spain.

The region’s political uncertainty and unrest remains a delicate issue for businesses there. The question of secession is central to the lives of their employees and customers, and it obviously has the potential to affect almost every aspect of their operations. But what is the right move, exactly? Stay silent on a contentious topic, or take a stand and risk alienating those on the other side?

For José Luis Bonet, now serving his second term as President of the Spanish Chamber of Commerce, the answer is clear: Businesses should have a point of view and communicate it respectfully. It’s not simply about being relevant, but about fulfilling a responsibility. “Employers, as social leaders, have an obligation to speak to their employees, customers and clients about the consequences that political decisions can have for a company’s future,” said Mr. Bonet.

A Catalan himself, Mr. Bonet’s views on leadership and the business climate are informed by almost five decades of teaching at the University of Barcelona as well as more than 50 years at the family company, the cava producer Freixenet, where he still serves as Co-President. Mr. Bonet recently sat down with Brunswick to discuss the effect the secession crisis has had on the Spanish economy, and the role that companies have to play in responding to the crisis.

How has the crisis around the question of Catalonia’s secession affected Spain’s standing in the global business community?

The independence process hasn’t affected Spain’s global economic position. And the proof of that is simple: Spain’s economy has continued to perform better than the European average and the analysts believe that it will continue to do so in 2019.

There is no doubt that the independence process has had a detrimental impact on Catalan economic growth. Absent this crisis, growth in Catalan business would have been more vigorous – and would have helped the country as a whole.

Were any sectors particularly affected by the secession crisis?

Certainly. I’ve spent my life working in the wine industry, and I have witnessed firsthand the negative impact on the wine sector. Other sectors, such as tourism and the retail industry, have also been affected and shown lower growth rates.

Beyond that, I do think that Catalonia has lost some major opportunities as a result of the crisis, such as the decision by the European Medicines Agency not to have their headquarters in Barcelona.

Of greater concern is the fact that the political crisis in Spain really hurt the country’s ability to capitalize on global business opportunities. The Spanish securities market regulator recently pointed out that Spain has failed to attract financial firms that are leaving the United Kingdom due to Brexit.

It is vital for companies and the business community to communicate openly about political issues and have a point of view when political crises arise.

How did the Spanish business community respond to the Catalan crisis? Was it effective?

I think the strongest, most effective response was in the form of action on the part of Catalan businesses. The fears of the independence process led more than 4,500 Catalan companies to move their headquarters outside of Catalonia. I think this strong reaction was derived mainly from the fact that Catalonia would have immediately exited the European Union if a true and legal declaration of independence was made. Large financial institutions and other major Catalan firms announcing the relocation of their headquarters was the first strong signal received by Catalan society that the process could be very costly.

As a Catalan, do you feel this crisis has irredeemably split Catalan society?

We must work to recover harmony – it’s as simple as that. When the laws and the Constitution of Spain are fully respected once again, and as it becomes increasingly evident that the independence process is not going to advance further, I think this recovery will quicken.

That said, we must work to overcome the division that has occurred in Catalan society.

Do you believe business should take positions on significant political issues or become involved in political crises?

I believe in – and have always defended – the idea that we all have the right to express our opinion as long as it is done in a respectful manner. And while I have always said what I think, I do understand and respect that other business people prefer to keep a lower profile in public.

But it is vital for companies and the business community to communicate openly about political issues and have a point of view when political crises arise. I have always believed that businesses must not only serve themselves; they must serve society as a whole.

What’s the Spanish Chamber of Commerce’s role in promoting Spain as a business destination?

The Spanish Chamber of Commerce works to strengthen the competitiveness of the Spanish economy; this competitiveness is fundamental to attracting foreign investment. We also work to achieve an improved level of worker training; contribute to the digital transformation of our country’s productive fabric so that we can be prepared to operate effectively in the ongoing fourth industrial revolution; and continue supporting the process of internationalization of our economy by working to raise the profile of Spanish companies across the globe.

We are developing a model for Dual Vocational Training that will train young Spaniards in the skills and abilities that companies demand. We are also working on a Digitalization Plan to help small and medium-sized businesses carry out the digital transformation that the global economy requires. And we are also implementing an Internationalization Plan to help small and medium-sized Spanish businesses better compete in foreign markets.

How do you see the current state of the Spanish economy? What industries are thriving?

As encouraged as I am by the Spanish economy’s continued robust growth, we are also beginning to see signs of weakness. We’re seeing a certain stagnation in the tourism sector – from record levels – due to the recovery of competing tourist destinations such as Tunisia, Turkey and Egypt. Moreover, the Trump Administration’s protectionist policies and the response of the world’s major trading powers in the form of new tariffs don’t help. Together these cause a certain constriction on international trade.

With these factors coming together, the Spanish Chamber of Commerce has slightly revised downward its forecasts for this year and next. We expect the economy to grow 2.5 percent this year and 2.2 percent next, from the 3 percent average growth rates recorded in the last three years.

Why do you think investors should look to Spain for opportunities?

Spain is a country capable of achieving great things when we work together. The Transition to Democracy, which is now 40 years old, is an excellent example of the goals we can achieve. The leap that Spain has made in these four decades in terms of modernity, progress and well-being has been spectacular. The development of our infrastructure, the opening of our economy, the training of workers, the existence of a favorable institutional environment for business and the quality of life are factors that contribute to making Spain a country of opportunities for foreign investors.

Rurik Ingram is Brunswick’s Managing Partner for Europe, and based in London.

Brendan Riley is a Director based in New York. Both specialize in work in Spain and across Latin America.

A retired Four-Star Admiral, accustomed to long confinements at sea, offered counsel in April on how to navigate the tough times ahead.