The missteps of the 2009 UK expenses scandal cast a long shadow.

The MPs’ expenses scandal of 2009 rocked British politics like no other story. Nearly 10 years on, it still sends a chill down the corridors of Westminster. Some even draw a direct line from its corrosive effect on public confidence in political institutions to the Brexit vote of 2016. 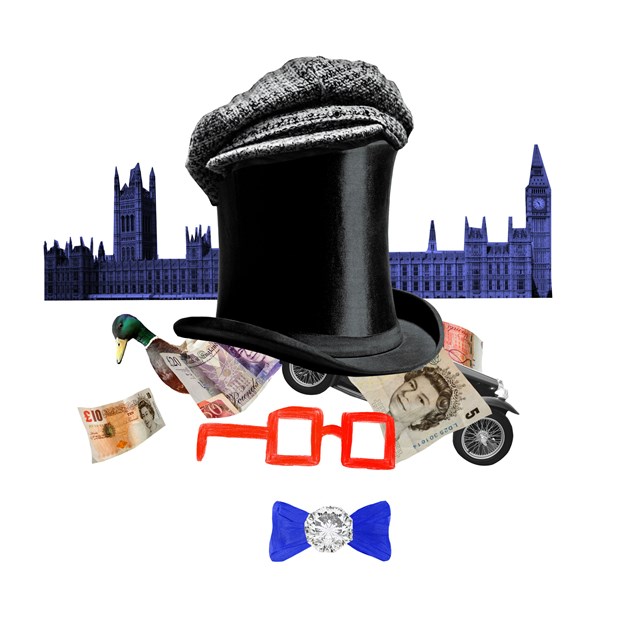 Some MPs went to jail as a result. The Speaker of the House of Commons, the late Michael Martin, was forced to resign – the first Speaker to be effectively forced from office since 1695. Former Prime Minister Gordon Brown puts part of the blame for his defeat in the 2010 General Election on the scandal. It was, in short, a big deal.

The timing could not have been worse. Just as the financial crisis of 2008 had begun to bite and people were beginning to feel the pain, stories about parliamentarians making dodgy expense claims against the public purse began to swirl around Westminster.

As pressure mounted, the authorities announced that five years’ worth of MPs’ expenses claims would be prepared for public scrutiny. This turned out to be a complete joke. The claims were redacted – that is effectively blacked out – and so rendered virtually meaningless. Privacy and security reasons were proffered in defense of the cover-up.

Admirably, not all thought the redactions were in the public interest. So, in a watershed moment for British politics, a disk containing the unredacted expense claims of every MP found its way to the offices of The Daily Telegraph, where I was working as Political Editor. We thought we would encounter examples of boozy, expensive lunches being claimed for by parliamentarians who like a decent claret.

What we were not expecting to find was some MPs using their expenses to fund Downton Abbey-style lifestyles.

Sir Peter Viggers, a wealthy Tory MP for Gosport in Hampshire, in his own handwriting claimed £1,645 for a “pond feature.” Backing up this claim was an invoice for a “floating duck island.” That duck house became the symbol of the expenses scandal.

Every political party was implicated. And it became painfully serious for a couple of Labour MPs – notably Elliot Morley, who went to prison for claiming £16,000 for a mortgage that did not exist. Similarly, his Labour colleague David Chaytor was jailed for false accounting.

But, while Messrs. Morley and Chaytor and their ilk provoked anger, public ridicule tended to be reserved for the toffs – the MPs who thought we should pay for their castles and country piles. Anthony Steen was the MP for the delightful constituency of Totnes in Devon. He felt obliged to claim £90,000 over four years for the upkeep of his country estate – including a woodland expert to inspect his 500 trees, tag his shrubs and assess the need to guard against potentially dangerous rabbits.

Seeking to get on the front foot in a BBC interview, Mr. Steen said, “I think I behaved, if I may say so, impeccably. I have done nothing criminal, that’s the most awful thing. And do you know what it is about? Jealousy. I have got a very, very large house. Some people say it looks like Balmoral, but it’s a merchant house of the nineteenth century.

“It’s not particularly attractive, it just does me nicely … and it’s got room to actually plant a few trees. As far as I’m concerned as of this day … I don’t know what all the fuss is about. What right does the public have to interfere with my private life? None … Do you know what this reminds me of? An episode of Coronation Street.”

You do not need to be a communications expert to realize that these words left Mr. Steen as political toast. Attack as the best means of defense was the worst possible media strategy. Mr. Steen happened to be one of the country’s foremost campaigners against the evil trade of human trafficking – proof that even fundamentally decent and intelligent people can do and say incredibly stupid things.

Then-Prime Minister Gordon Brown took the crisis personally and his response missed the mark as a result. Instead of getting ahead of the story, he locked himself away scrutinizing his own expenses to establish his innocence. Mr. Brown should have grasped the wider implications of an utterly legitimate journalistic investigation. Instead, all around he saw conspiracy.

For many, it became a textbook case study in how not to handle a crisis. Instead of realizing that the full truth would out and getting ahead of the story, the instinct was to double down on the cover up and blame journalists. It proved catastrophic – and the political ramifications still resonate a decade on.

Andrew Porter, a former Political Editor at The Daily Telegraph, is a Partner in Brunswick’s London office.

Baroness Vadera talks to the Brunswick Review about overseeing the plan to rescue the UK financial system from the most severe crisis it had endured in a century.

A terror attack is no time to learn how to respond.