By Drone or By Dromedary | Brunswick Group
Perspectives

By Drone or By Dromedary

You became CEO on April 1—an interesting time to begin your tenure.
Exactly. I haven’t physically been in the office since I’ve been CEO. But I have been with Chemonics for almost 22 years now, in a range of roles, so I know the firm well. My first job here was actually a temporary one—we called it a “stringer” at the time—and from there, I worked on assignments in Guyana, Sri Lanka, Albania, Kenya, Ethiopia, Bosnia ...

What was day one as CEO like?
My main focus was making sure our staff and their families were safe and healthy. We’re headquartered in Washington, DC, but we have 5,000 global staff in 75 countries, the overwhelming majority of whom are local professionals. And we obviously also had to rapidly ensure some core business continuity, make sure that our people could continue to do their work.

And for those who aren’t familiar with Chemonics, what does that work look like?
We’re a private sector, employee-owned international development consulting firm—a mouthful, I know. It means that we’re a for-profit company addressing issues many think of as being confined to the non-profit world. We’ve worked in more than 150 countries over the past 45 years. We were founded in 1975 and we’ve led more than 1,000 projects since then. These projects are focused on helping our clients, partners, and beneficiaries take on some of the hardest and most intractable challenges: political instability, limited healthcare, access to education, market instability, infrastructure.

Our primary client over the years has been USAID. But we’re also working with the UK Foreign, Commonwealth and Development Office, The Global Fund to Fight AIDS, Tuberculosis and Malaria, and other bilateral and multilateral aid donors. And we tend to partner with a wide variety of organizations including private sector, non-governmental organizations, and local organizations.

In 2015, for example, Chemonics led a consortium including IBM and McKinsey to bid on an eight-year program to deliver lifesaving health commodities for HIV, malaria, maternal and child health, and family planning around the world. It was the largest procurement that USAID had ever done to date. And we were able to win that award, unseating an incumbent that had been doing the work for 30 years.

We envisioned a supply chain that went from what had largely been a humanitarian effort to one that was more steeped in the private sector, using more cutting-edge technology and private-sector partnerships.

Has the pandemic prevented you from delivering those medicines and treatments?
Fortunately, our team has been able to achieve an on-time delivery of more than 90 percent. And that team has been able to adapt to a lot of circumstances that are non-traditional, let’s call it. But that success wasn’t accidental. It reflects a lot of planning and work.

We don’t rely on one logistics provider, for instance. From the outset, we competed shipping lanes among the world’s leading freight forwarding organizations and made sure we always had a back-up option. And we go out and re-evaluate these shipping lanes all the time. We do the same for our regional distribution centers.

Of course, the pandemic has had an extraordinary effect on our ability to move goods, on the availability of production and manufacturing capacity. We are making some pretty rapid adaptations in order to be able to deliver life-saving health commodities and continue to make sure that they’re flowing into the countries that we serve. For COVID-19 specifically, we’re providing ventilators to a variety of countries. We’re also looking at how we can not only help our staff remain safe, but think through the need for PPE across different countries, economies, and economic sectors, and help people get back into the workplace.

Our teams worldwide are adapting other projects as well. They’ve had to be creative and innovative because this is such uncharted territory. We had a project in Colombia, for example, that works on human rights. And the team there recognized if people are confined to their homes, domestic violence is going to be a major concern. And so they created a nationwide effort to promote awareness and provide tools and outreach.

In Haiti, we’re using a smartphone app to improve a supply chain that provides medicines and supplies to nearly 260 sites like hospitals, health centers and dispensaries across the country. The app helps keep track of how much each site uses, so that they can be resupplied with the appropriate commodities when they need them—and that was previously a huge challenge given the lack of computers, internet access, and even cellular service there.

So there are nationwide campaigns being reimagined all the way down to very practical, creative ways in which the work is being delivered. 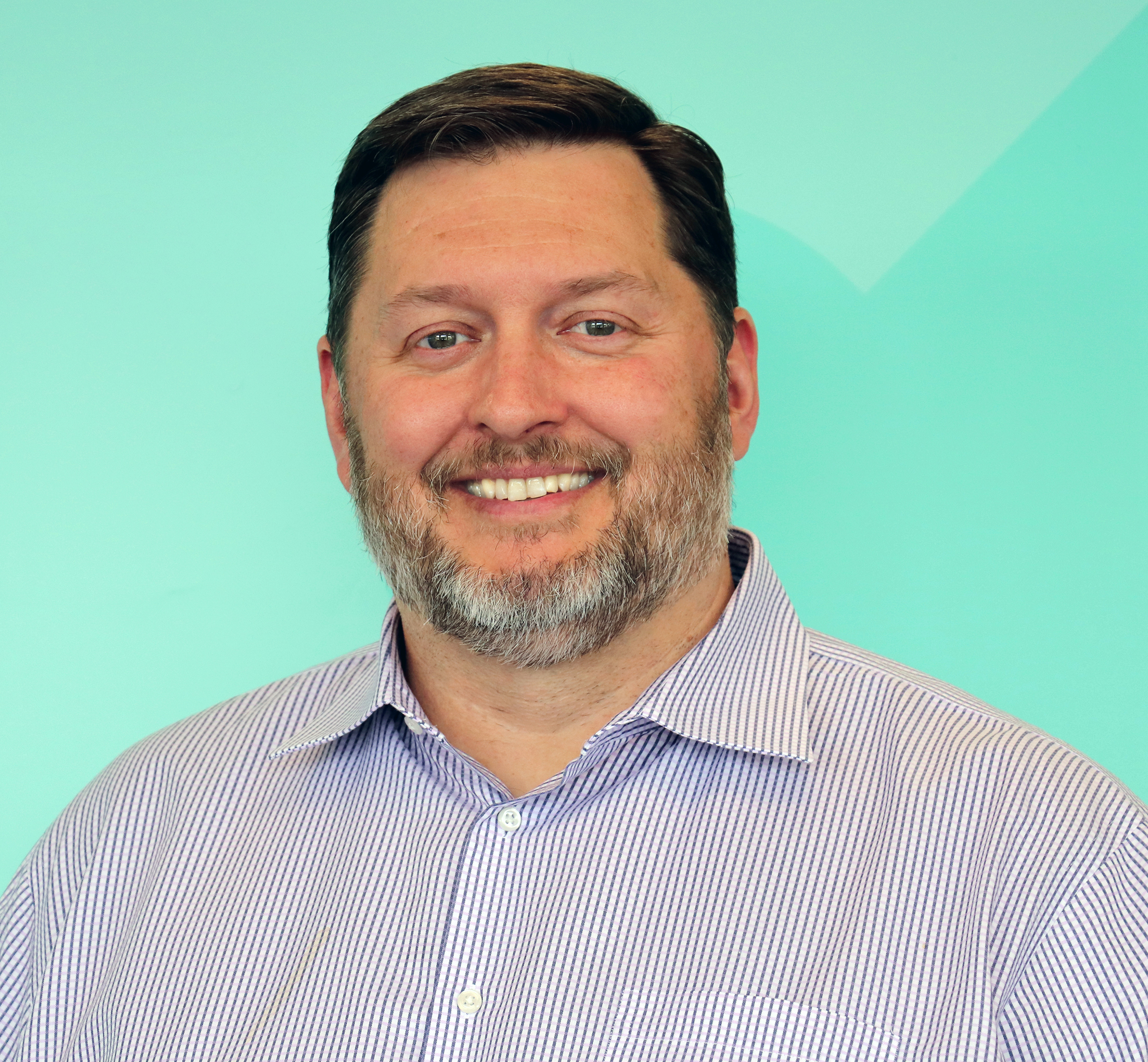 Jamey Butcher is the CEO of Chemonics International.

Let’s stay at that practical level for a minute. What does it take to deliver medicine to some of the more remote parts of the world?
When Chemonics and its partners bid on the USAID contract in 2015, we envisioned a supply chain that went from what had largely been a humanitarian effort to one that was more steeped in the private sector, using more cutting-edge technology and private-sector partnerships. The idea was to deliver more efficient, quality service not only for the U.S. government, who’s paying for the work, but also the customers and patients we serve throughout the world. And we have. We’ve already documented more than $90 million of savings through our approach, while getting more commodities to more people on time.

Technology plays a vital role. The supply chain is built on an integrated logistics management system that we call ARTMIS. And ARTMIS uses a suite of IBM’s e-commerce software, the same software used by nine of the top 20 retailers in the world. We also have a system that Kuehne+Nagel, one of the world’s largest logistics and transportation companies, uses to track the process from manufacturing to delivery. We use a tool called TransIT that allows delivery drivers to provide things like e-signatures in ways that have low-contact or no-contact—obviously so important during a pandemic. We’re beginning to integrate predictive analytics into our supply chain.

We now have more than 60 countries that receive health commodities from us, but we also source from dozens of countries. Underpinning that supply chain are some of the largest global logistics providers for sea freight, and others for air freight. At the other end, we work with local trucking and transport providers, and some of the people receiving these commodities are living in some of the hardest to reach places in the world. Sometimes going that final mile means using sophisticated technology like drone delivery. We’re piloting the use of that in Malawi, for instance, where last year we received government approval to conduct out-of-site drone deliveries and pickups of lab samples. It’s a way for rural populations to provide lab samples, and then receive the results, in a timely way.

Other times, it means delivering our commodities through camel, or moped, or boat. Whatever it takes to get the commodities where they need to go.

What will be the pandemic’s long-term effects on the development industry?
Before we even talk about international development, I think we have to focus on the secondary crises it’s going to create: 1.5 billion children are out of school; the seismic economic costs are disproportionately affecting those who already were the most vulnerable. Those need our attention right away.

Early in my career, Tony Teele, Chemonics’ founder, told me, “We don’t have all the answers. Our job is really to figure out who has those answers, and help adapt them into the countries where we work.” It’s that sort of mind-set, actually, that I think will be crucial to us meaningfully addressing those secondary crises.

We employ the same suite of e-commerce software used by nine of the top 20 retailers in the world.

What do you mean?
As we address the primary and secondary effects of this pandemic over the next few years, the industry will need to look for those solutions that have had some initial success or have promise; we don’t have to create everything from scratch, come up with every idea ourselves. What entrepreneurs are already making meaningful strides in education, or economic development, or health, or supply chain, and how can we meaningfully support them and scale their efforts?

I was in Shenzhen, China, last November, because Chemonics is a major sponsor of an organization called UNLEASH. The UNLEASH Innovation Lab itself is an effort to pull youth from around the world together to create innovative solutions that impact the Sustainable Development Goals. And I’ll give you just two examples of groups we supported through this UNLEASH partnership.

One is a team from Tanzania called NovFeed. They created a new formula, based on aquatic plants and maggots, for cost-effective fish feed. It helps reduce food waste, improve fish farmers’ incomes. Permalution, out of Mexico, is harvesting fog water. It sounds wild, but their approach is to really figure out how harvested fog water can be used for agriculture, ecosystem recovery, wildfire mitigation.

Those ideas came from one event—one. They’re indicative of hundreds of thousands of people throughout the world who are solving tough problems with really thoughtful solutions. And they need support—not nice words or token prizes, but disciplined, financed, rigorous support that allows them to take these great ideas and bring them to scale. The international development community has the know-how; I think it’s just a matter of will.

Stewart Jones is an Associate in Brunswick’s Washington, DC office and serves as Chief of Staff to the global Cybersecurity and Data Privacy offer.

Health data can save lives, but protecting privacy is critical for public support.

Quicker development and improved access are critical to preparing for future disease outbreaks. The good news is we now have a blueprint, says Brunswick’s Ben Hirschler.