A Brunswick Insight survey points to a focus on customers as the primary key to exceptional business. Robert Moran and Noah Kristula-Green report.

When a company sets its strategy, who comes first? Most contemporary discussion suggests executives should either 1) put shareholders first or 2) balance the needs of all stakeholders. The Business Roundtable, a group of leaders of major US corporations, recently shifted toward full-spectrum stakeholder value, a move that has added significant heat to this discussion.

Shareholders rightly expect that the managers of their company will increase the firm’s value and deliver a competitive return. But short-term focus on shareholder value and quarterly results can undermine the long-term sustainability of the business and its license to operate. With that in mind, a strong case can be made for stakeholder balance, including a focus on social issues that are aligned with business goals.

Our research, however, suggests that this discussion is a false choice. The companies that best serve all parties don’t fall perfectly into either category. Instead, they prioritize the customer. Our research strongly supports the timeless adage that “the customer is king.”

Brunswick Insight conducted research among 601 employees of large companies in the US. Employees were asked: “When your company is making decisions, which one group or individual comes first?” The options were: the customers, the CEO, the shareholders, the employees or the community the company is based in. Customer-focused companies came out on top as the most likely to survive, to lead changes in their industry, and to be headed in the right direction. They also have the lowest reported level of employee turnover. 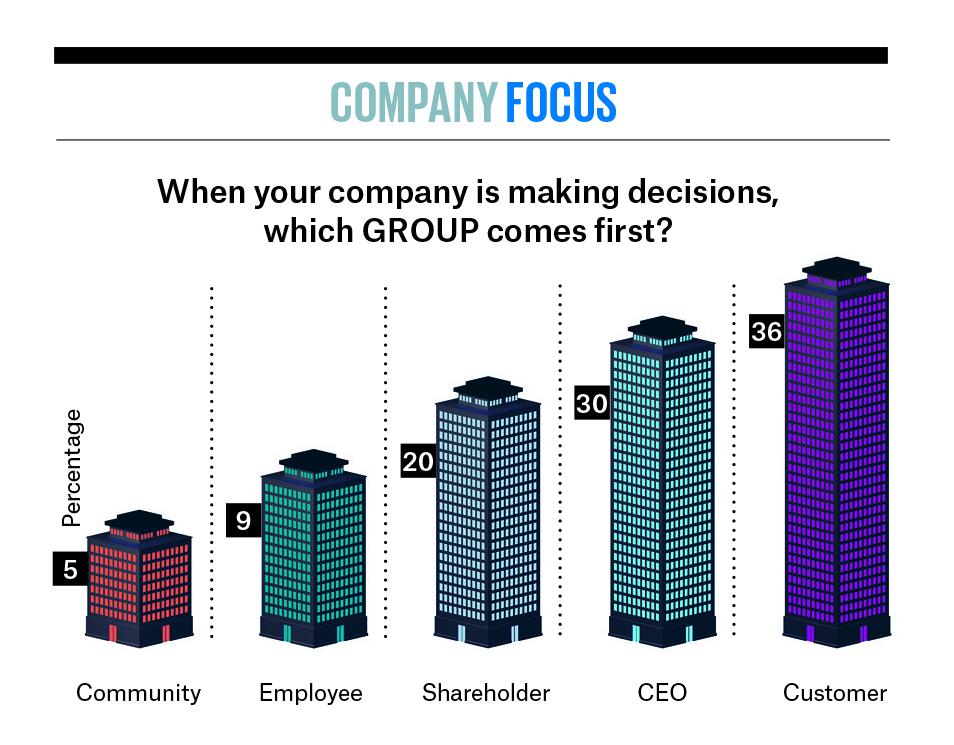 Worse, almost a third (30 percent) feel that decisions at their companies put the CEO first. A leader-comes-first decision style is by its nature a values statement, a caution flag and a recipe for disaster. Our research shows that employees at these firms are most likely to feel their companies are falling behind competitors and off on the wrong track.

Despite Corporate America’s traditional rhetoric on delivering shareholder value, only 20 percent of surveyed employees believed that their companies actually put the interests of shareholders first.

The data favors companies focused on customers, we believe, because that focus embraces a core premise—both practical and moral—at the heart of capitalism: By focusing on customers, value will flow to the company and by extension, the CEO, shareholders and the rest of society. This allows firms to survive recessions, increase in value and lead across multiple sectors.

Peter Drucker, the father of modern management theory, is widely credited with the saying that “the purpose of a business is to create a customer.” But the plain-spoken Sam Walton put it best, “There is only one boss. The customer. And he can fire everybody in the company from the chairman on down, simply by spending his money somewhere else.”

There is something deeply reassuring about that simple idea that is echoed in our research: Focus on your customers and value will follow—for you, your shareholders and your stakeholders.

THE DATA SHOWS WHY THE CUSTOMER IS ALWAYS KING 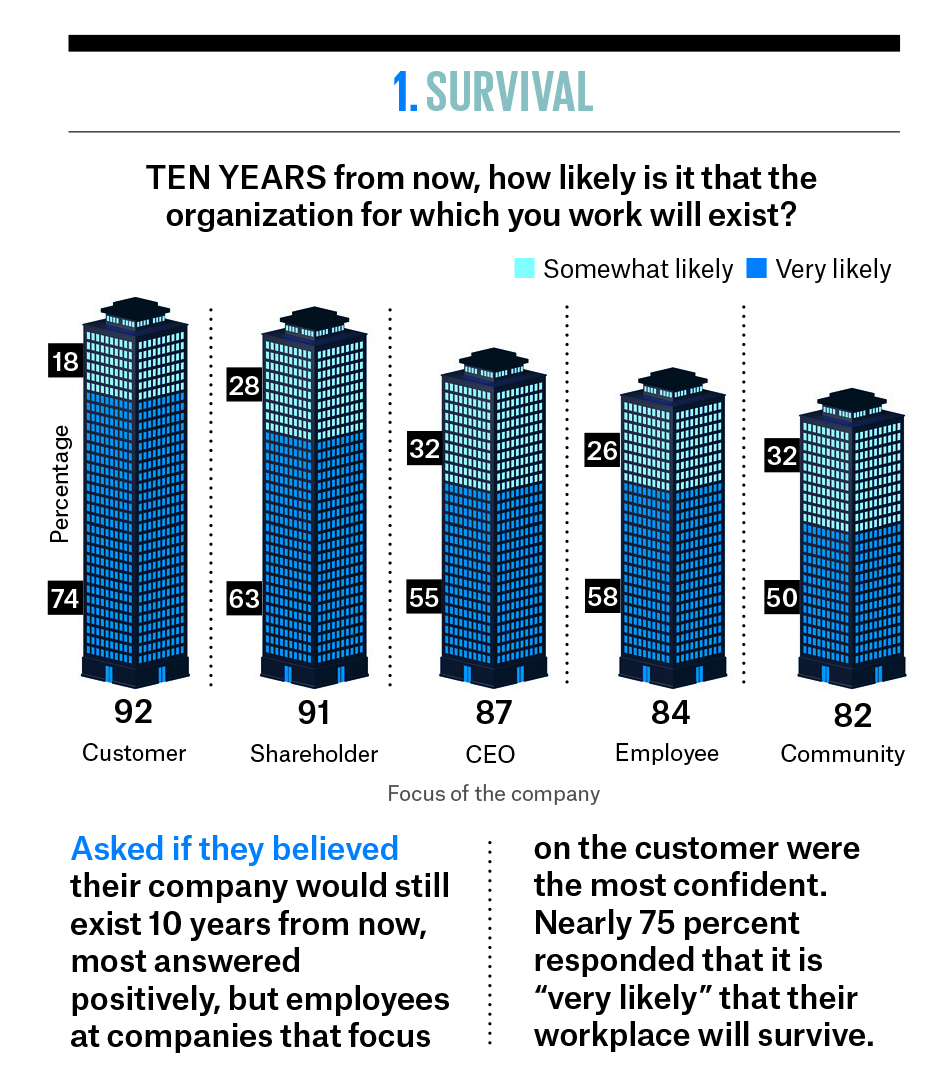 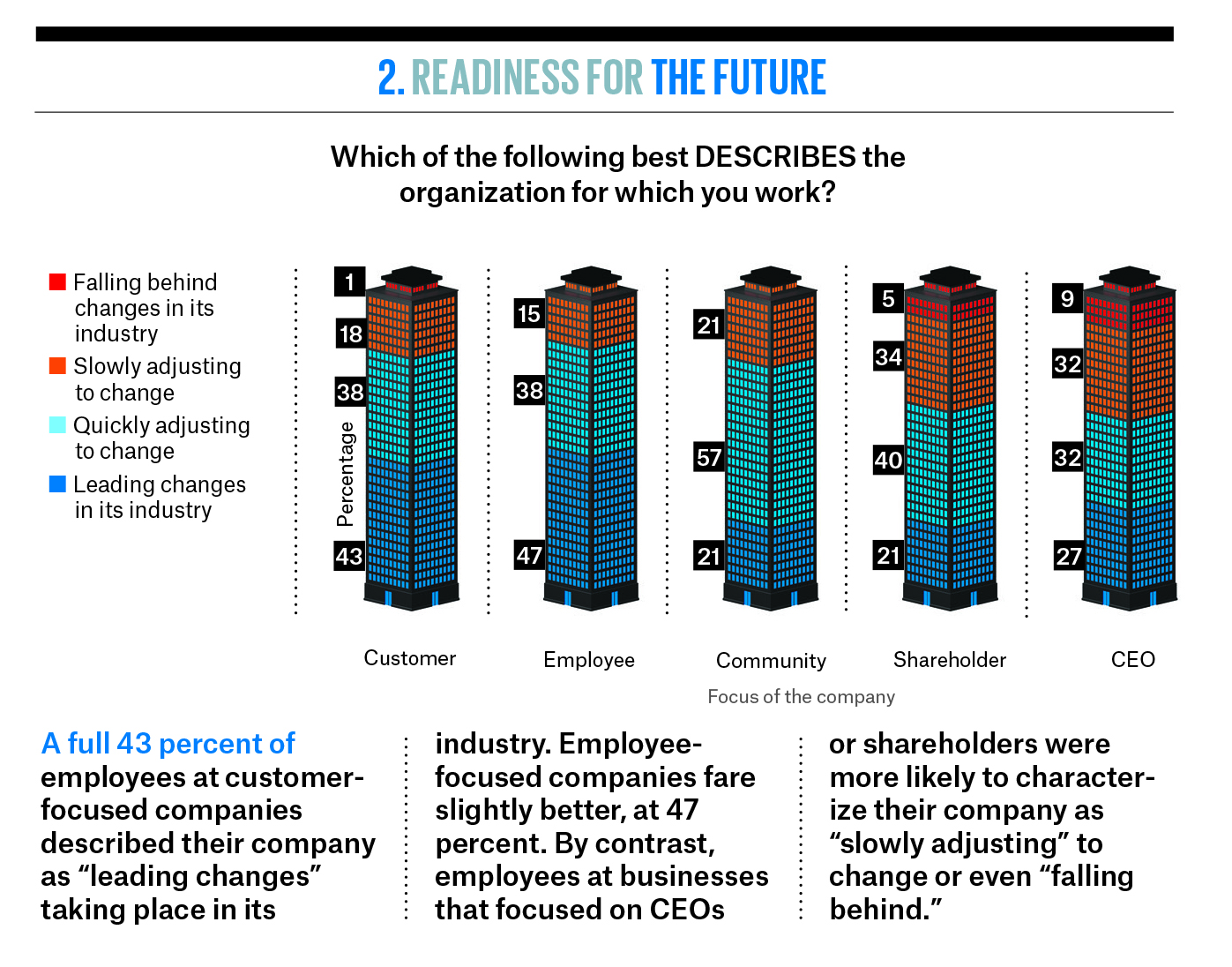 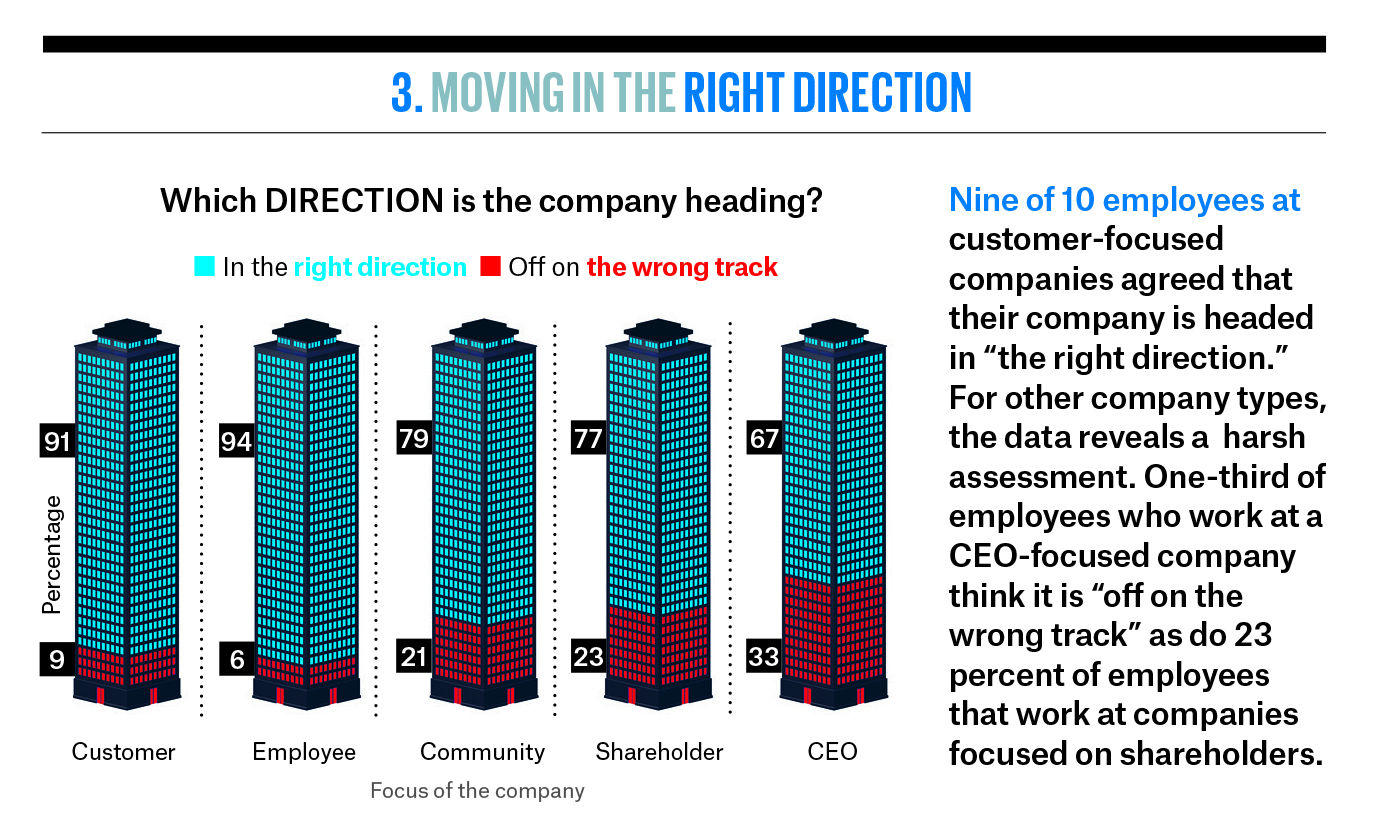 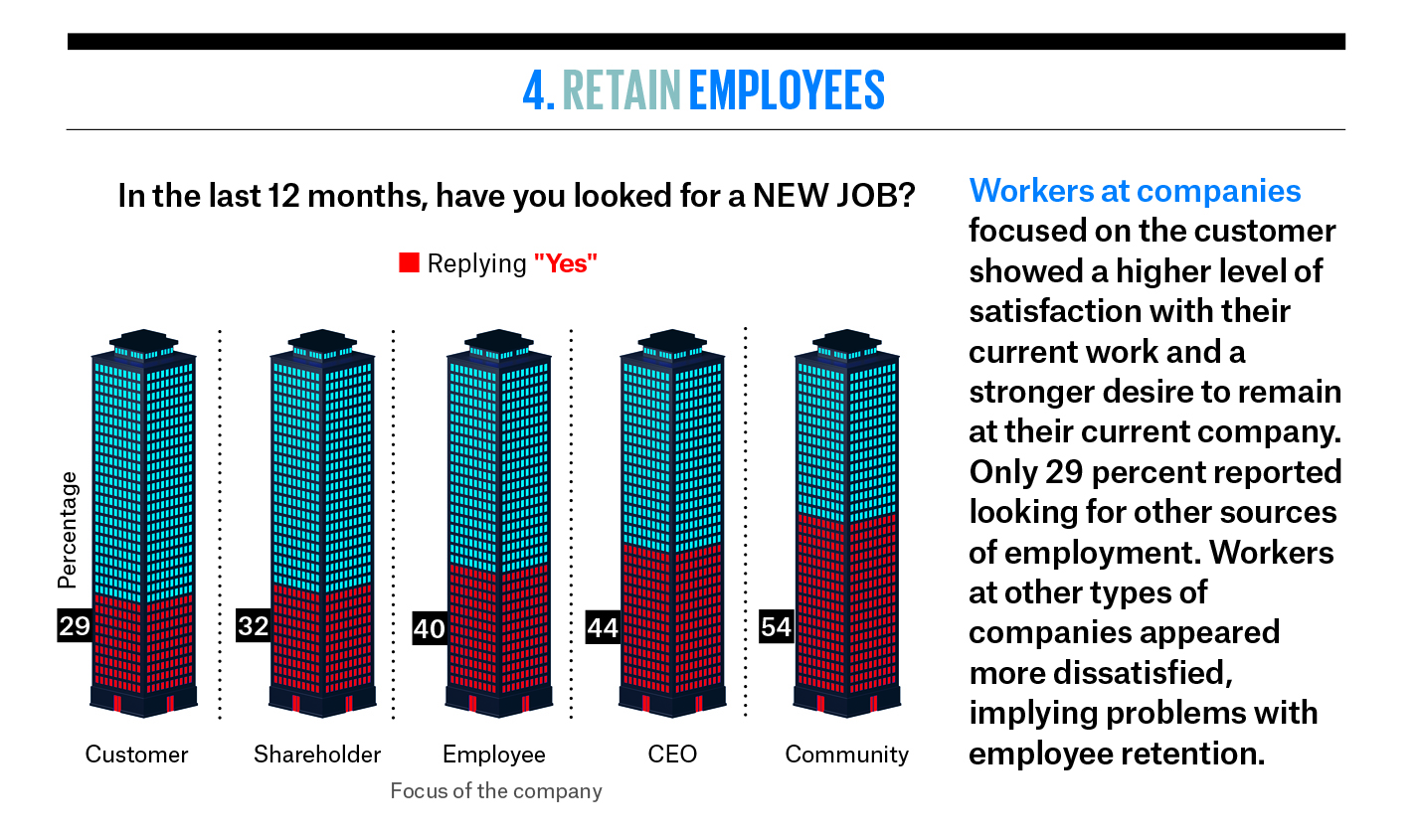 Robert Moran leads Brunswick Insight, the firm's global public opinion, market research and analytics function. Noah Kristula-Green is an Associate with the firm. Both are based in Washington, DC.

The Standard for Corporate Climate Action

Health data can save lives, but protecting privacy is critical for public support.