Communications Lessons from the "Last King of America"

There is a touch of irony that my interview with Andrew Roberts took place at Brooks’s, a private club founded in the 18th Century whose earliest members included many prominent Whigs. The Whigs were the political party that opposed King George III, and it was a group of caustic Whig historians who so powerfully shaped—and tarnished—the monarch’s legacy. Two-and-a-half-centuries later, it’s at this once-Whig club that Roberts is talking to me about his new biography of George III, a book that sets out, if not to rehabilitate the monarch’s image, then at least offer a more objective assessment. 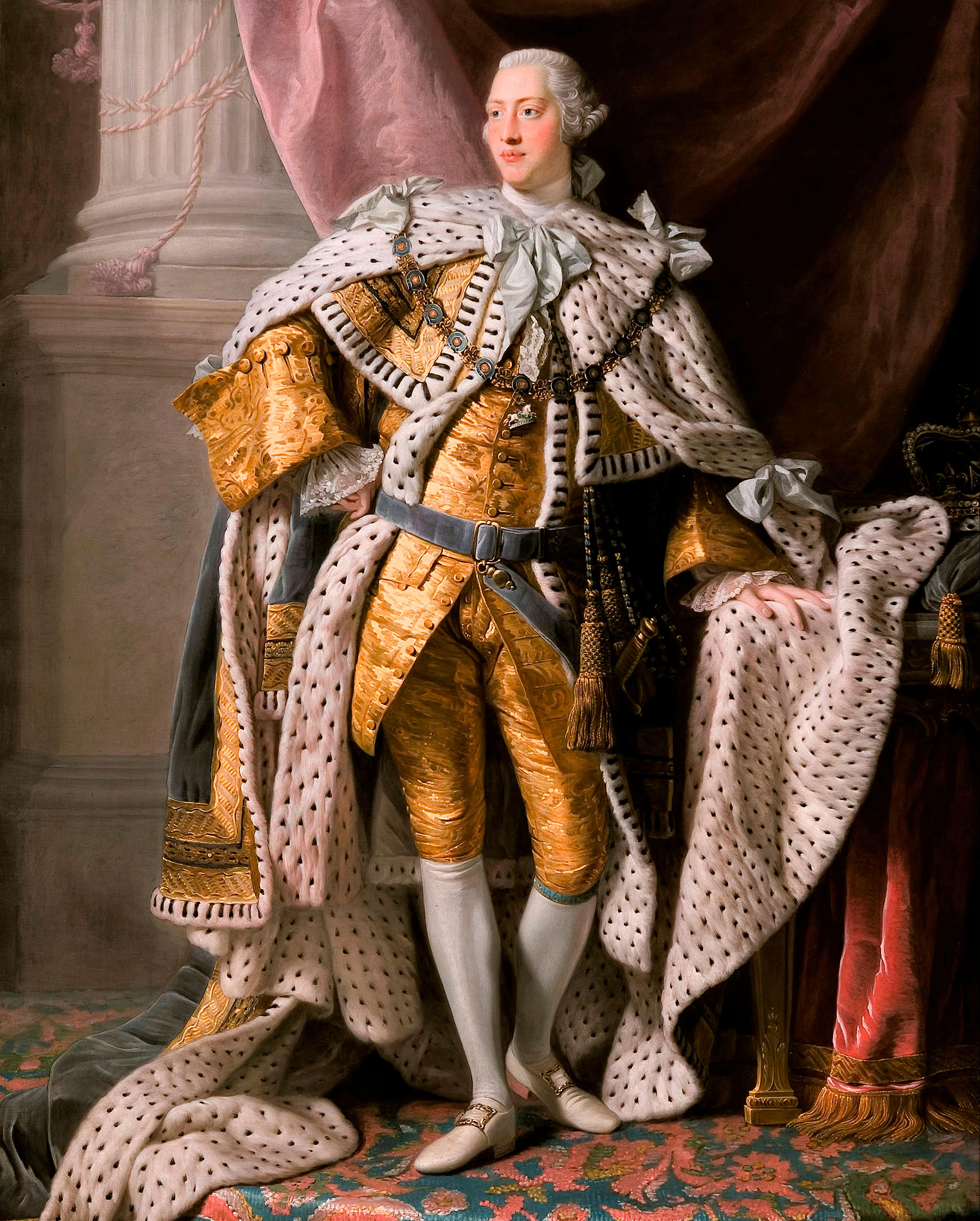 For many, George III’s almost 60-year rule (October 1760–January 1820) is summed up in a singsong sentence: “the mad king who lost America.” Twice in the last 30 years, George III has been portrayed on Broadway: In the early 1990s comedy The Madness of George III, and as a supporting character in the wildly popular 2015 musical Hamilton. In the latter, George III sings to the Americans: “When you’re gone, I’ll go mad / So don’t throw away this thing we had / ‘Cause when push comes to shove / I will kill your friends and family to remind you of my love.”

More serious assessments have not been flattering. “George III was not the most astute politician,” Barbara Tuchman, twice a winner of the Pulitzer Prize, wryly ends a chapter in The March of Folly after spending pages cataloguing his missteps. The most enduring critique of George III is in the American Declaration of Independence. While most can recall its famous opening lines, the bulk of the text is a list of 28 grievances against the “Tyrant” George III—almost all of which Roberts argues are factually false.

In George III: The Life and Reign of Britain’s Most Misunderstood Monarch (the book’s US title is The Last King of America: The Misunderstood Reign of George III) Roberts, a fellow at Stanford’s Hoover Institution, sets out to correct the record by drawing on more than 100,000 pages of documents in the Royal Archives that have been released since 2015.

What emerges from these documents, Roberts argues, is the picture of a ruler who was “well-meaning, hard-working, decent, dutiful, moral, cultured and kind.” Unlike many of his American counterparts, for instance, George III never owned slaves—in fact, he signed a law banning the transatlantic slave trade. He was magnanimous in his assessment of his opponents, including George Washington—a very un-tyrant-like behavior—and never vetoed a single act of Parliament.

Roberts goes on to chronicle George III’s contributions to art and architecture, and portrays the king as detail-oriented—memorizing maps and auditing the Admiralty—yet constrained and poorly advised throughout the war. He also corrects the record on George III’s mental health, for which he was so long demonized and stigmatized: The king suffered from bipolar disorder, not a rare blood disorder called porphyria, as has long been believed. And it was not his mental health that lost the war.

Leading up to 1776, the American colonies were among “the freest societies in the world,” writes Andrew Roberts in his recent biography of King George III, released in the US under the title, The Last King of America. His extensive research challenges the common portrayals of the reign of this much-maligned monarch. The book casts King George III not as a mad tyrant, but as misunderstood and poorly advised.

This is a familiar role for Roberts. His biography of Winston Churchill, Walking with Destiny—called by The New York Times the “greatest single volume biography” of a man about whom more than 1,000 have been written—counters many of the charges often leveled against Churchill, including that he was an alcoholic and a depressive. Roberts also contextualizes many other charges, such as Churchill’s stance against women’s suffrage and his role in the 1943 Bengal famine.

Yet Roberts’s biography of George III is no hagiography. His assessment of the American Revolution is not glowing. “It is rare in history for every mistake to be made,” Roberts told me. “Many wars have many mistakes, in Britain during the Revolutionary War, we made them all; naval, military, big, small, tactical, political, personal, institutional—in one fell swoop you see everything to avoid, all in one volume.”

Among the many, many British missteps was losing the PR battle. Roberts explains that pre-war royal governors of American colonies did not see their role as public-facing. As a result, few cultivated media or invested in new print papers that circulated in the key cities—Philadelphia, for instance, rivaled all cities in Europe bar London for the number of bookshops. In the UK, MPs and Lords were investors in and supporters of media, but in America, they were noticeably silent.

The Founding Fathers, on the other hand, were savvy media manipulators. They targeted those who were undecided on the question of independence—a group John Adams estimated to be as large as one-third of the population—and invoked grand imagery and high ideals in their communications. They successfully portrayed America as downtrodden and oppressed, even though Roberts argues the Colonies were among “the freest societies in the world at the time.” They played up victories—like the one at Saratoga—and downplayed losses, like the one at Charleston. They transformed events like the Boston Tea Party in 1773 into highly emotive, effective rallying calls for independence—despite the fact all money raised by tax in the Americas was to be spent in the Americas. Roberts, who is married to Susan Gilchrist, Brunswick’s Chair, Global Clients noted, “Had Britain had Brunswick in 1773 and been able to point out all the [holes in the] arguments of the Boston Tea Party, then …” he trails off with a smile.

That failure to communicate the actual facts of the situation may have cost Britain the war and its monarch his reputation. For centuries cast as an insane, incompetent tyrant, George III was in fact “a good-natured, cultured, enlightened and benevolent monarch,” writes Roberts.

Angus Gillan is an Executive at Brunswick based in London.