That a publication devoted to employee engagement would include Southwest Airlines will come as no surprise. Southwest founder Herb Kelleher all but invented the discipline.

But the airline’s well-established reputation for engaged workers is exactly what worries Cheryl Hughey, Managing Director of Culture at Southwest. The creation of a highly motivated workforce, after all, is a process without end. “When you think you’re there, you’re in the danger zone,” says Hughey, a 37-year veteran of Southwest. “It’s nonstop. It takes work. It takes resources. It takes commitment by your senior leaders.”

The number of moving parts in a Boeing 737 is nothing compared with the human requirements of running a major airline, a feat that no carrier in the world accomplishes with more consistency and success than Southwest. It has posted 44 consecutive years of profitability, a record unmatched in the US airline industry. Southwest established the American industry’s first profit-sharing plan in 1973, and has long been a fixture in the top ranks of lists of the best places to work.

Hughey says there is no checklist of amenities or privileges that creates an engaged workforce. Like being a good friend or family member, being a thoughtful and inspiring employer requires constant attention and adjustments. As society and technology change, so do the needs of employees.

Each year, Southwest holds rallies at four different locations around the country. Thousands of employees travel on their own dime to these rallies to hobnob with executives and listen to inspirational speeches. In addition, the airline also holds employee events called Spirit Parties, Culture Summits and Blitzes.

The creator of this vibrant culture, Chairman Emeritus Kelleher, understood from the outset that employees “luv” (the Southwest spelling; it is also the company’s NYSE stock symbol) being part of a team that treats every member as important. He also engendered the playful spirit of the airline, whose flight attendants often amuse passengers with jokes and serenade them with songs.

Current CEO Gary Kelly has sustained and even expanded that tradition. At Southwest rallies, Kelly, CEO since 2004, shoots T-shirts into the crowd from a bazooka-like contraption.

One reward for that emphasis on culture is a strong loyalty: the average tenure of a Southwest employee is 11.5 years and, with 55,000 employees, turnover hovers around 2.5 percent. Employee satisfaction, in turn, translates into exemplary customer service and superior shareholder returns that consistently outperform competitors and indices – between September 2013 and 2017, Southwest’s share price grew nearly 400 percent. 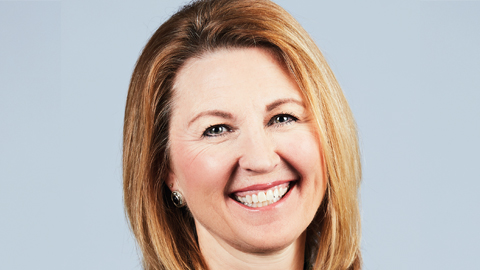 Cheryl Hughey is Managing Director of Culture at Southwest Airlines, a position she has held since 2016. Hughey has been with the company since 1980, joining as a Reservation Sales Agent. She has held a number of operational and leadership roles throughout her
career at Southwest.

What’s the secret behind Southwest’s distinct culture and engaged workforce?

There are three elements that matter the most. First you have to be really clear about your vision and your values. That is something you’ve got to stay focused on and be true to.

Second is making sure you get the right senior leaders in place. We were blessed with our founders Herb Kelleher and Colleen Barrett. And equally blessed with Gary Kelly. They live and breathe our culture. And then bringing in the right complement of other people throughout the organization.

The third item is empowerment. It’s ensuring that your employees’ voices are heard. That they’re involved and that they feel included.

Are there examples of how you approach culture differently and retain staff?

One example is we don’t have a Human Resources Department. We’ve always referred to that as the People Department. Southwest is about the people who work here and the people we serve. We just happen to fly airplanes.

Being a caring airline comes down to having that servant’s heart, putting others first. But also, we’re known for our fun-loving attitude. A lot of organizations shy away from that. Because it seems too ... fluffy. Or maybe just unimportant. But we realize having fun and working hard are equally important.

What do you say to other companies looking for advice on culture?

We’ve always had a lot of companies reach out to us because of our legendary culture. But just this last year, there’s even more of an appetite for it. They’re typically seeking some real practical things that we do. And we really do give it away, because knowing it is one thing – the question is, are they really willing to do what it takes?

Southwest receives more job applications than most companies could dream of. How do you make hiring decisions?

We get thousands and we only hire less than 2 percent of all applicants. And yet, just over the last two years, we have hired almost 14,000 people. Our turnover is about 2.5 percent. That is remarkable for any organization, not just airlines.

During the application process certain qualifications have to be met. But when you get to that phone interview and then that face-to-face interview, our questions are centered around those values. And how they gave back in their previous roles and in their day-to-day life. Then there’s that fun-loving part, not taking yourself too seriously. That’s a requirement in all jobs here.

What about those who join?

When you’re here, it’s holding each other accountable. It’s like, “Gosh, the way you treated that customer didn’t feel right.”

Everyone is so proud to be a part of Southwest Airlines. In our employee engagement surveys, over 85 percent say they’re proud to work for Southwest. When you go out in a Southwest-branded shirt to a restaurant, grocery store, or to the dentist, I’d say 99 percent of the time you’re going to get a very positive comment, a reaction, or story from a customer or a potential customer.

How do you retain talent in this day and age? It’s proving a big challenge for a lot of companies.

First, we have a very strong focus on that first year, on getting them acclimated and getting them to feel valued. We have a lot of onboarding processes no matter what role you’re in.

After that, we have a lot of different groups and functions to purely look at employee engagement. We have a company-wide culture committee.

In terms of retention, the phrase “You are free to move about the country” doesn’t just apply to our customers. You’re encouraged to think of moving to another team, office or city. You may start in one position and decide you want to be a flight attendant for a couple years. That’s seen as a contribution to Southwest because you’re taking your knowledge elsewhere in the organization.

What are some other distinctive employee programs at Southwest?

We have programs to ensure that if you have something going on in your life, we acknowledge it. For example, one of my employees recently had a little boy. It’s his third little boy. So I go in and I fill out the form – he gives me permission to do that – to let our executive office know that we have another little boy on the way. We’ll send out some acknowledgement – it could be a card, or a gift. Whether it’s crisis or celebration, we want people to be able to share what’s going on in their lives.

A sadder example was when I was attending a new-hire roundtable. One new employee had lost someone in her family and the company sent flowers to her home. She had a picture of them on her phone. She was just amazed to receive that, given how little time she’d been at Southwest.

Employees carry cards that have the company’s values printed on the back of them. When you employ 55,000 people, how do you get people to live and work the company values?

Living our values is the key to our success. It’s introduced in all levels of leadership. We’re constantly reinforcing those values over and over again across everything we do, up and down.

All of our awards are focused around our values. One example is the kicktail, where you’re awarded a “Kicking Tail” coupon because a fellow employee commended you for exhibiting one of our values, for example a servant’s heart.

Do you have a metric for how much time your CEO, Gary Kelly, or any other senior leaders should spend on employee engagement?

It’s a high percentage. It’s at least double digit. Gary could never be in that television show “Undercover Boss,” because most employees at Southwest know who he is and what he looks like.

Can you give examples of how Southwest tries to engage employees, and how their feedback and ideas are received?

A key component of having an inclusive and productive culture is employee involvement.
I’ll give you an example with our workers’ uniform committee. Along with the refresh of our brand was a need to refresh those uniforms. Employees get very passionate about what they’re wearing and what it looks like – how it fits and what it represents. So we formed a workers’ uniform committee of entirely front-line, customer-facing employees to help with the design and roll-out. The end result is that the uniforms look beautiful and everyone loves them.

However, we don’t always get it right. For instance, when we came to change our anniversary pin, we wanted to incorporate a newer look. We give the pin, along with our traditional heart pin, to people after a certain number of years of tenure [shown at bottom right]. When we looked at the redesign, we didn’t involve enough of the front-line employees nor did we provide a clear explanation for the change.

So we launched this pin and it was received very negatively. In fact, I think we set some records on the internal blog. The issue got elevated all the way up to Gary. We underestimated how passionately they felt about the pin and what it stood for.

It turned out they wanted to ensure that it screamed Southwest Airlines. And we had gone to a different design that focused more on the year of service than the actual look of the pin. So we stopped and decided we would engage employees to a much deeper level than what we had.

We actually designed four pins based on design ideas that employees could submit. Employees
were able to go online and give us their ideas. It turned out that they wanted the full heart, not just a part of the heart. All of these things were taken into consideration.

We rolled out the four designs based on all of their thoughts. And then they voted. And we were willing to accept whatever vote there was. And, boy, there was some campaigning going on out there in the social media world. Everybody agreed on the final design once the selection was made based on the employees’ vote. And it was so well received.

This may seem small but as we saw from the feedback, it meant a lot to people. Importantly, this is a good example of making sure you listen and then respond appropriately. It goes a long way and makes all the difference.