Head of the Line

Queuing app Qudini has moved beyond start-up to “scale-up” mode, says founder and CEO Imogen Wethered. She tells Brunswick’s Kirsty Cameron about the tech model that could help save the High Street.

The death of the high street is imminent. Or so Jeff Bezos would have us believe. It’s true, retailers are in all sorts of trouble. From low-end Sears to high-end Diesel, so many retailers have filed for bankruptcy—CB Insights counts 68 since 2015—that the phenomenon has been dubbed “the retail apocalypse.” Can bricks and mortar compete with clicks? Imogen Wethered sees two reasons to believe so: experience-led shopping and virtual queuing.

Imogen Wethered the CEO and co-founder of queuing app Qudini.

Ms. Wethered is the co-founder and CEO of Qudini, a cloud-based technology platform that enables brands with physical locations (stores, restaurants and clinics, for instance) to manage queues and take bookings for appointments and events online. In its simplest form, a customer walks into a shop, enters some details onto a digital screen, including a phone number, and is given an estimated wait time. They are then free to browse or leave the shop until they receive a text informing them it’s their turn, increasing efficiencies and customer satisfaction.

Now, Qudini software provides what they coin as a “retail choreography software,” allowing retailers to manage their store operations and customer experience, as well as capture data on their physical locations. Ms. Wethered started the company seven years ago, at 23 and straight out of Bristol University with an Art History degree. Last year, she was featured on Forbes’ Tech 30 Under 30 list for Europe.

In the UK, Qudini is a smash hit. By the end of 2018, about 16 million customers had joined the Qudini platform to avoid queuing. In addition to Samsung, Qudini counts as clients the British National Health System, National Westminster Bank and travel agency TUI. This year, Qudini is expanding to New York.

The headquarters are located in East London close to the tech-centric neighborhood known as Silicon Roundabout. To interview Ms. Wethered, I’ve been asked to arrive early—pre-9 a.m. It’s a huge open-plan space, high windows and beams, no desktop computers but a few young men hunched over laptops on white chairs and tables. Dressed all in black, with heavy boots and jeans, she welcomes me and makes it clear that, if the scene looks like a “start-up,” Qudini has actually moved beyond that. “We are a scale-up,” she tells me definitively. “At the moment we’re in growth mode, but looking to get to profitability in the next two to three years.” From the start, Qudini has had the backing of Spain-based mobile phone giant Telefónica, which is also a client. 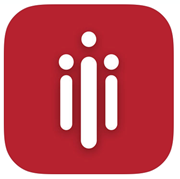 How does Qudini help retailers? ‘‘We significantly reduce walkouts,” she said. “One of our clients reduced them by 62 percent within the first couple of months.” In addition, Ms. Wethered talks about the shift to an experience mindset. “You’re seeing a lot of retailers move from a transaction focus to an experience and service focus. Beauty retailers are now doing hand massages on the side so that customers get to experience their moisturizer products, and then customers are more likely to buy it as a result. These kinds of services are things that you can book appointments for, and manage walk-ins.”

Ms. Wethered believes tradition and heritage favor the High Street. Retailing, she says, is an industry where someone can start out stocking shelves and wind up “running the company. Or a big department. You just don’t get that in other industries.”

It was a “hackathon,” hosted by Telefónica, that led to the birth of Qudini. The task was to create a product that used smartphone technology to ease queues in theme parks. At the competition, she met and teamed up with Fraser Hardy, a young tech star. Their entry was Qudini. ‘‘We actually won the hackathon for the most commercially viable idea. We then got investment from Wayra, which is Telefónica’s accelerator in London. Over time we’ve raised $2.2 million from angel investors and we’re currently closing a series A of $4 million to $5 million.” Mr. Hardy is Chief Technology Officer. The co-founders claim a very happy partnership, not least because they are both clear on their roles and responsibilities. “I found the most important thing in finding a co-founder is someone who has opposing skills. Where there’s crossover, you’re not both needed in the early stages.” She grins. “It’s definitely helpful having someone on your team. It makes the start-up process less lonely.”

Knowing you can have a coffee down the street while you’re waiting your turn with an experienced suit salesman takes the pain out of queuing. “It’s like when you’re waiting for a bus or a tube and the dot-matrix display isn’t there. The wait feels a lot longer when you don’t know how long you’re waiting. It’s the same in a store. We all immediately relax when we know how long a queue is and yes, you might be able to use a clipboard and pen but you’re not capturing any data.

We are capturing 100 different data points on a single customer’s interaction within a venue in one day.

“We are capturing 100 different data points on a single customer’s interaction within a venue in one day. And all of that can be consolidated. We can tell retailers what they came in to discuss, how long they waited, who they were served by, what they bought, how long everything took, and even things like their gender, where they’ve come from.”

Is it Qudini’s data? Can Qudini use it for advertising purposes? “Absolutely not,” she says. “It’s our client’s data. We are a processor and the client acts as a controller.”

The tech industry has been lambasted as unwelcoming to women. According to the Female Founders Forum, a UK group that boasts an impressive board of female CEOs, “The status quo is both frustrating and perplexing: highly educated male investors are investing in innovators who are themselves well-connected, educated men.” A 2017 study from the Entrepreneurs Network found that “male entrepreneurs are 86 percent more likely to be VC funded and 56 percent more likely to secure angel investment.” According to Quartz, “Of the 10 biggest companies that have gone public or filed to go public this year, not one was led by a woman, and the average number of women on their boards is less than two.”

Do those statistics reflect her experience? Has she ever been sidelined by men who prefer to talk to Mr. Fraser? She looks at me nonplussed. “I’ve always found everyone very helpful to the business, be they male or female. I actually think being a woman in tech is quite advantageous at the moment. A lot of people are out there to support us. It’s fantastic.” Her Instagram feed shows her firmly invested in the female tech community, engaged in raising awareness around these issues. Just last month she was in Decoded’s NYC offices for a female founders event, attending various panels and talks. Decoded’s CEO Kathryn Parsons has mentored Ms. Wethered.

Besides the internal demands of the business, Ms. Wethered is responsible for attending events three or four nights a week to network and hand out business cards. “Some prove to be really useful. Others are pointless,” she says, before leaving me to jump on a call. If you’re looking to talk to Qudini’s CEO, you’d better join the queue.

Kirsty Cameron is an Account Director with Brunswick Group in London.