When Integrity is a Bad Thing

Saying you have integrity implies the opposite, says Brunswick’s Ronald Schranz. And it creates enormous risks for any business.

Integrity is an enormously big word—and a risky one. To use it is daring, inviting discussion and skeptical questions about a very broad, diversely defined, ideology-fraught term.

People and cultures have very different views about what integrity, or lack of it, actually means, based on their own perspectives and values. Stakeholders will be divided in every way possible in their judgment of their organization’s integrity. 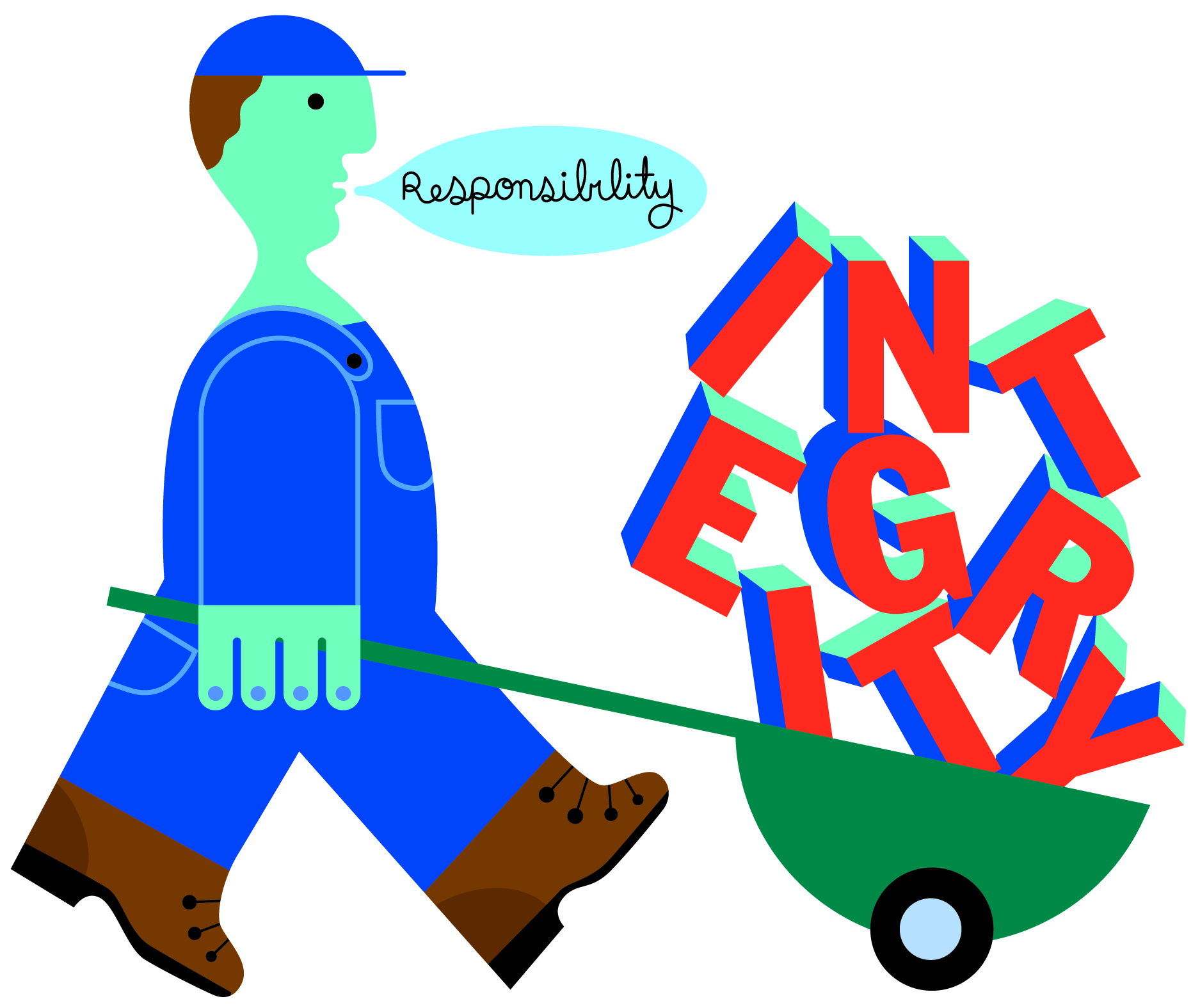 So the problem isn’t the concept, really. It’s that trying to use the word to talk about yourself ironically demonstrates that you lack integrity.

Where this becomes visible with businesses is with typical “integrity programs”: One area is selected in the hope that demonstrating integrity in that context will persuade stakeholders to assume the entire organization has integrity—an illusion, a sleight of hand. Equally, any attempts to create one’s own definition of integrity, or to use reductionist logic to change it for certain purposes, are worse than useless.

For any large organization in fact, claiming integrity is logically impossible. No organization, formed of many humans and manifested in myriad processes every day, can seriously claim it has integrity completely. There is no way to even have anything close to this—no way to have a clear picture of it, let alone control it.

Don’t we all know cases in which someone or an organization claiming integrity is suddenly shown to be demonstrating the contrary? And what happens? With the slightest hint of a lack of integrity, the claims of integrity turn forcefully against those who would own them. In the process, credibility is more seriously damaged.

Some may try to take a step back and say they exert themselves for integrity or strive toward integrity. But that’s also not sensible. It is a contradictory attempt to whitewash—the same ultimate meaninglessness as other business-speak favorites, such as “quality,” “people orientation,” “strategic goals,” and so on. Stakeholders rightly expect leaders and organizations to act with integrity, and will condemn and punish bad behavior. If you’re striving toward integrity, you’re not living up to that expectation.

“Behavior” is the key word. Everything is communication, and the core of it is behavior and interaction—the comprehensive and strongest forms of communication. Valid is the philosopher Wittgenstein’s imperative: Don’t say it, show it. If you want to talk about integrity, don’t. Prove it instead.

I personally recommend organizations not use the term “integrity.” A much better concept is “responsibility”—certainly a clearer word that necessarily implies accountability based on transparency.

On the other hand, I encourage all clients and organizations to make the effort to practice integrity the most important of their objectives in everything they do and the most important aspect of their activities at all times. Integrity is not a decor item, it’s an obligation. It’s also the best recipe for resilience and reputation.

So, to summarize: Yes, demand integrity in everything from yourself and your people. But shhh, don’t use the word...

Ronald Schranz is a Partner and Head of Brunswick’s Austria and CEE office in Vienna.

In an interview, Brunswick’s CEO assesses the challenges facing leadership in a time of crisis.

To “cancel” or forgive? What is privilege, and can we recognize our own? How can a company demonstrate allyship? Nicole Reboe explores the answers with Kenji Yoshino, an anti-discrimination and civil rights expert.